Another Month, Another Price Increase in Toronto Housing Market

The average price of a Toronto house rose about 8% to 557,684 Canadian dollars ($506,985) in March, compared to a year-earlier, the Toronto Real Estate Board said Thursday.

That was the sixth straight month that the average price of a home in Toronto was up by more than 7% year-over-year, and yet another sign of just how hot the city’s housing market still is.

Those climbing prices come as many observers say Canada’s housing market overall is more likely to hit a soft landing than crash.

Toronto’s rising prices reflect a shortage of available homes, according to TREB. That has resulted in stiff competition among home buyers looking for an affordable home.

All home types in Toronto saw strong price gains last month. The price of a detached home in the Greater Toronto Area rose 8.3% from last year to C$709,487, while a home in Toronto’s core was 6.8% more expensive at C$898,332. At this pace, prices for detached could climb north of C$1 million by the end of the year.

Sales of homes in Toronto were up 7.2% last month from a year earlier, TREB said.

With borrowing costs remaining low and demand not going away, the real estate trade group said it could revise its outlook if the pace continues to be strong. TREB said in January that it expected the average selling price in Toronto to increase by more than the rate of inflation this year.

AND IT WENT FOR – 31 Manning Avenue – TRINITY-BELLWOODS 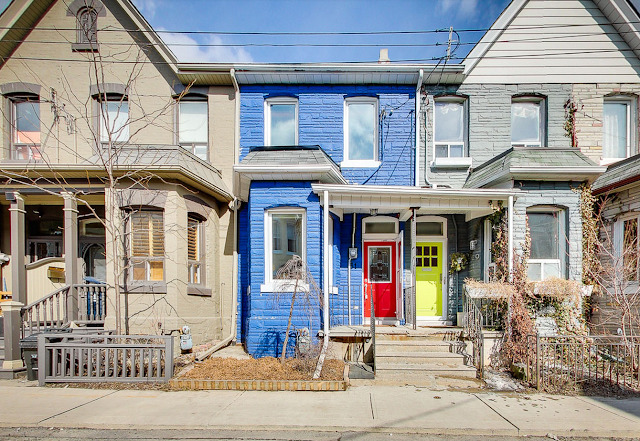 Yesterday, I posted this 3+1 bedroom, 2 bathroom row house on a 13.92 x 103.17 foot lot at 31 Manning Avenue in Trinity-Bellwoods.
From the outside, it looks like this might not be the best house on the inside.  But then those new windows kind of give it away.
This is a good house.  It isn’t massive but it has enough bedrooms, the kitchen is old but looks good, and there is a garage.
It was listed at $719,000.
I thought it would sell fast.
It sold in a week…
For $803,000.
Wonder if they are going to fix that fridge.