The number of Chinese purchasing property in Western countries and transferring their money out of China, both legally and illegally, has been significantly increasing since 2011.

An analyst in the financial industry says that currently there are four groups of people who transport assets overseas in order to avoid loss from social unrest in China: immigrants, investors, business owners, and celebrities.

Still another group is “naked officials”—so called because they send their families to live abroad, leaving them alone in China—or corrupt officials who are transferring illegally obtained funds overseas in case they have to flee China in a hurry.

Chinese buyers are heating up real estate markets around the world.

In the United States, the National Association of Realtors (NAR) released its annual report showing that in 2007 purchases of U.S. property by Chinese accounted for 5 percent of total international sales.

However, by 2011, it jumped to 11 percent, and Chinese (including Hong Kong buyers) spent a total of US$9 billion on real estate purchases. China thus became the second-largest overseas buyer of real estate in the United States for the second consecutive year.

Colliers International, a real estate consulting firm, released a report in early 2012 showing that over the past 20 years, there was an upward trend in Chinese investors purchasing real estate in Canada. The proportion of Chinese buyers in Vancouver, Canada, rose from 29 percent in 2011 to more than 40 percent in 2012.

In June 2011, according to a survey by Knight Frank, a real estate brokerage firm in the U.K., Chinese buyers spent 120 million pounds (US$182 million) on real estate purchases in London.

Meanwhile, the International Talent Blue Book’s “China International Migration Report (2012)” disclosed that China is currently experiencing a third wave of immigration. In 2011, China had more than 150,000 people permanently emigrate to several of the world’s major countries.

According to a report by China Economic Weekly, in the city center of Shenzhen, in southern China, many shops, fronting as education agents, operate underground banks.

These banks allow transferred funds to be wired to an account within the territory. Afterward, the underground banks deposit the equivalent in foreign currency in the overseas account opened for the customer.

Generally, they will operate a number of accounts simultaneously to avoid detection. The banks charge a handling fee of 0.8 to 1.5 percent in accordance with the volume of transactions.

A branch president of the China Construction Bank told a reporter from The Epoch Times, “China’s economy is in a bad situation, and lots of legal and illegal funds are being sent overseas. We have lots of money in circulation every day. There is an obvious problem, judging from the flow of the funds, and the abnormality can also be seen from the amount of money and turnover period.”

This phenomenon is already being reflected in public trade data. According to the official customs statistics, in the first quarter of this year, exports from mainland China to Hong Kong totaled US$105.6 billion, which is a year-on-year increase of 74.2 percent.

People in the industry say it is unusual for first quarter exports to increase so drastically and far exceed the import prices. Zhu Haibin, JP Morgan’s chief China economist, told China Economic Weekly, that their analysts “do not rule out the possibility that capital and profits are being transferred overseas through exports to Hong Kong.”

In addition, analysts believe that in 2011, the Chinese regime approved 10 times more overseas investments, increasing the amount of transferred funds as well.

Chinese buyers, in particular, seem to have a hearty appetite for American real estate – especially in California, New York and Florida. Garrett Kenny, CEO of Century 21 Team Feltrim in Florida, is courting Chinese buyers, traveling overseas to network with Chinese agents and investors and tout the benefits of owning property in Florida.

As the housing market continues down the long, winding road to recovery, a growing number of foreign buyers are helping to drive it forward, lured by tantalizingly low real estate prices and the prospect of residency in the US.

Of course the recovery we’re seeing isn’t only down to foreign investment. There are plenty of markets in the country where outside investment is almost unheard of, and many of these are trundling along just fine. But when it comes to some of the most dynamic markets in the US right now – Florida, for example – it’s clear enough to experts that overseas money is fuelling much of the growth in real estate right now. “The Property Market in Florida is booming and we are seeing upcoming growth appearing all over the State. This includes a strong Canadian interest in Florida’s property market,” says Garrett Kenny, CEO of Century 21 Team Feltrim.

“This is particularly high during the snow season. Canadian buyers come here to enjoy the beautiful weather, beaches and star attractions that Florida has to offer.”

These sentiments are backed up by hard facts – non-US citizens accounted for about $82 billion worth of real estate transactions in 2012 according to the National Association of Realtors, with the bulk of this money arriving from Canada, China and Latin America.

Whilst Canadians remain the biggest foreign buyers of US real estate, the hottest demographic right now lies in China. These buyers, flush with riches from China’s healthier economy, can’t get enough of US real estate right now, buying up high-end and high-priced homes across the nation in desirable locations like California, New York and of course, Florida.

But for all the importance of Chinese money in driving US real estate’s recovery right now, much of the credit for making these deals happen goes to the visionary real estate brokers who are actively seeking out buyers. Century 21 Team Feltrim is one of the pioneers of these efforts, making several successful trips to Asia over the last couple of years to foster ties with Chinese real estate agents and make the case for opportunities in Florida real estate.

During his most recent trip, the first ever OPP Tour of China which covered four cities in the space of ten days, Team Feltrim’s Garrett Kenny met with over 200 Chinese agents and investors, an experience that opened his eyes to just how big an appetite for US real estate Chinese buyers have right now. “I have been to China a few times and each time until this one I have gone back uncertain that I had “cracked it”,” articulated Kenny.

“Whilst OPP were careful to manage expectations and were keen to stress that results wouldn’t be immediate I have to say that OPP have impressed me hugely with this tour. Three days back and already dealing with 3 agents successfully. We will certainly be going on more tours with OPP in 2013.”

It’s not difficult to see why the Chinese are so interested in buying Florida homes. In the US, your money goes so much further than in China’s overheated real estate market, where a two-bedroom apartment in Shanghai can cost in excess of $2 million, and where the government is already placing harsh restrictions on buyers to cool things down.

Florida’s real estate market is almost tranquil in comparison, with the average three-bedroom home in Clermont, Lake County, selling for just $201,627, according to Trulia.com. In addition, there are still plenty of bargains to be had – as of April 2013, there were just under 25,000 foreclosure listings in the state.

“They see Florida as the perfect location to invest their money and to someday retire,” says Kenny. “There’s a massive opportunity for foreign buyers as interest rates are at a low and we are witnessing a steady growth making buying property in Florida a perfect investment.”

But value is just one factor driving this influx of Chinese buyers. Equally important in their eyes is the status, or “face”, that they gain from owning a piece of US real estate. As Betty Chan, a Las Vegas-based real estate who deals with Chinese buyers points out in an interview with Fox News, buying a home in America is something they can show off about to their friends:

“It’s a sign of status. You can show off that you can afford to buy something overseas, it’s not something that everyone can do.”

“Most Chinese like to own a Mercedes… It doesn’t matter if its a good car or not, its just showing off their status. In the same light, owning a foreign house is just as prestigious in China, so they’re proud to tell their friends.”

It is said the Chinese will buy any kind of real estate, inckluding these … 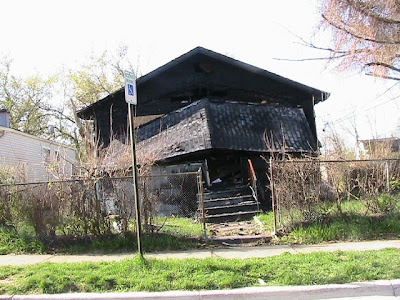 Pontiac, MI: “the house is so charred, the roof caved in over the porch […] A strong wind could knock this place down.” 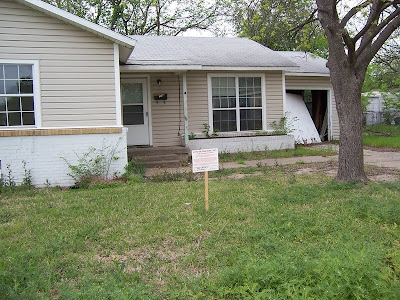 Haltom City, TX: There are “Rodents and now cats that come into my yard from this overgrown and filthy location.” 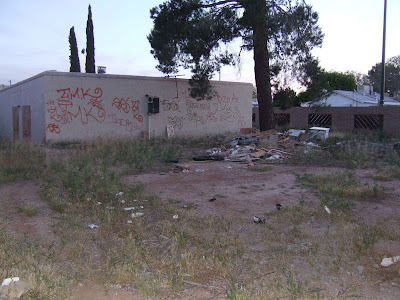 Tucson, AZ: “This house is boarded up and its backyard is being used for wildcat dumping” 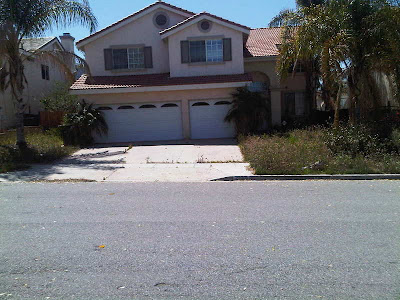 Corona, CA: “Property abandoned and weeds are out of control!” “The mosquitoes in the green pool are a nightmare as well!” 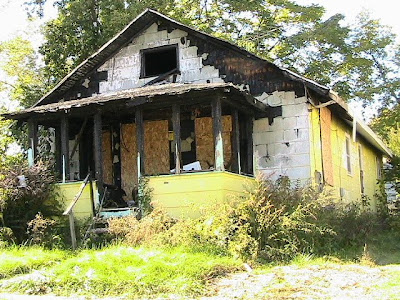 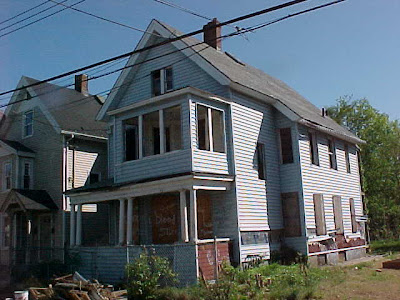 New Haven, CT: This house “is a hazard for kids that play around there[…] it has been there for ages now.” 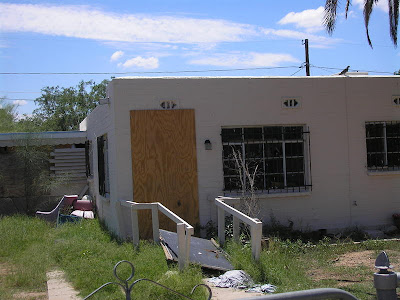 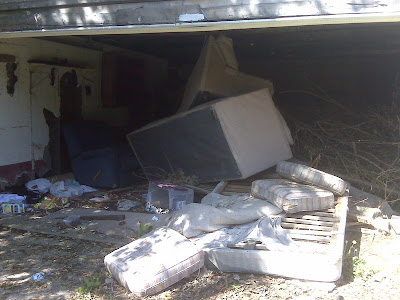 Pontiac, MI: “This house has sewage, rats and mold. It is also used for illegal activities.” 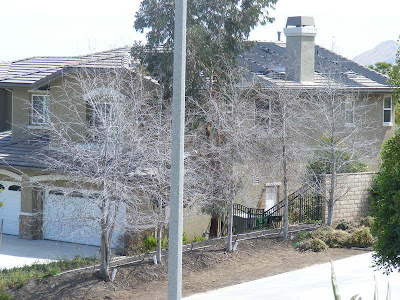 Corona, CA: “The row of trees are completely dead and should be removed because of fire hazard […] This is bad for property values.”