First, we have developer coming out with rooms selling as condos … Then we have “opportunist” selling garage as house …

That almost impossibly tiny house in Toronto that we reported on last month has found a buyer after just three weeks on the market, though it sold for well below asking price.

The property at 30 Hanson St. on the east side of Toronto’s inner city got a lot of publicity on real estate sites and blogs as an example of just how tight the city’s housing market has become.

So tight, in fact, that a house the size of a typical backyard tool shed went on the market for $229,000, enough money to buy a large suburban home in some Canadian cities.

So don’t be surprised if I tell you Canadian are out hunting for homes of Gnome in drove … Seriously, what else can they hope to buy with an average income of $28,000 ?

Even you double their income to $50,000, they still can’t buy no nothing except maybe houses made from Lego blocks courtesy of Toy’R’us. 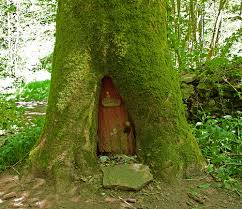 Having trouble paying your mortgage or rent and the bills this month? You’re probably among the 25 per cent of Canadian households paying shelter costs that exceed what’s considered affordable based on their income.

The National Household Survey says 3.3 million Canadians spent 30 per cent or more of their income on shelter in 2011, which includes everything from heat and electricity to property taxes.

The group was almost equally split between owners and renters, with about 1.7 million households owning their home and 1.6 million renting, says the data released by Statistics Canada on Wednesday.

The 30 per cent figure is considered the threshold for when housing becomes unaffordable, according to financial experts, as defined by the Canada Mortgage and Housing Corporation.

Of course it depends where you live. The study says Vancouver had the largest proportion of people paying 30 per cent or more of their income on shelter costs, at 33.5 per cent, compared to the smallest proportion in Saguenay, Que. at 18.9 per cent.

Across Canada, households above this closely watched 30-per-cent level paid an average of $1,259 per month on shelter, which StatsCan says exceeded the threshold by average of $510 per month.

Home owners were the most strapped. StatCan says of the 59 per cent of homeowners with a mortgage, 83 per cent exceeded the affordability threshold.

The new data comes as mortgage rates are on the rise in Canada and the cost of rent in cities such as Toronto are climbing.

The numbers also come alongside a Scotiabank report shows average Canadian home prices increased 2.5 per cent in the second quarter compared to a year ago.

“Affordability is also challenged in some of Canada’s largest urban centres, primarily for single-family homes,” says the report from economist Adrienne Warren.

Overall, the household survey also shows 69 per cent of households in Canada owned the place where they live, which is about 9.2 million out of 13.3 million households across the country. That’s only slightly below the 68.4 per cent rate in the 2006 Census, and following 15 years of gains in the homeownership rate.

More Canadians were lured into home ownership in recent years, inspired by low interest rates and the dream of owning property and in hopes of watching it appreciate.

About 82 per cent of couples, either married or common law, owned their homes in 2011, versus 48.5 per cent on non-family households, which includes students and other shared accommodation.

Other stats from the survey include:

« No more bidding war in Toronto ?
Senator Pamela Wallin got money to repay you even though her condo is not sold yet »