And no one in Canada and basically everywhere else believes real estate will become junk, not one bit, certainly not even close. 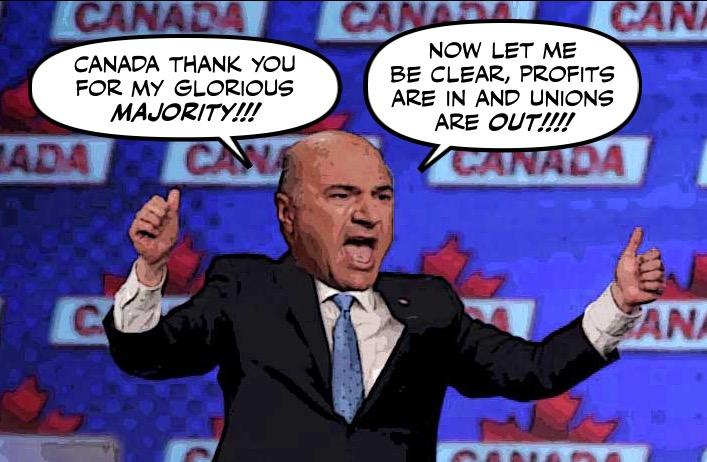 According to Kevin O’Leary the real estate moron,

Real estate will be a “crappy investment” over the next five to 10 years thanks to rising interest rates and stagnating home prices, investor Kevin O’Leary told CNBC’s “Closing Bell”.

“I am convinced that at some point later this year we’ll see the first 25 basis point rise. It’ll rip through the infrastructure of utilities, and REITS and real estate,” said O’Leary, one of the stars of the reality show “Shark Tank”.

Instead, he thinks investors should rent their homes and spend their money in the market-50 percent stocks, 50 percent bonds-for a better return and more liquidity.

Mortgage rates fell last week, as did applications for refinances and home purchase loans. Pending home sales were just up 0.4 percent in April, according to the National Association of Realtors, and the S&P/Case-Shiller composite index showed home prices jumping in March.

Know why Kevin O’Leary said that ?

It is believed he must have unloaded all his real estate portfolio and now wanted to chance to get back in at lower costs … just like one Voodoo economic called David something Madani something ?

Whatever, morons. This is not what I said. This is the view of all property owners in Canada, China, UK, you name it … they all simply believe real estate is forever, just like diamond. And that matters … the name of the game is FAITH.

Faith is such a powerful thing not individuals like Kevin O’Leary or David Madani can hope to change overnight … Do you know how difficult is it to change perception of faithfuls like hardcore Christians or terrorist Muslims? Try telling the faithfuls that humans were some kind of primate once upon a time … And see what will happen?