Did you know, even a house is so charred like this one, the roof caved in over the porch […] A strong wind could knock this place down … Still worth a million dollars house in Canada? 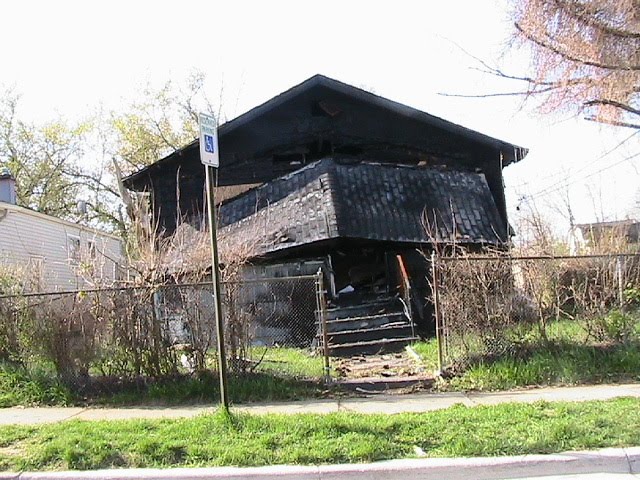 Most significantly, the bank’s benchmark five-year fixed-rate mortgage rate will increase by 0.2 percentage points, to 3.29 per cent.

The five-year rate is by far the most common mortgage rate selected by first-time home buyers.

The move is a reaction to increases in the bond market, where the banks have seen their borrowing costs tick higher of late. Increasing consumer lending rates is the bank’s way of passing those costs on to consumers. Royal’s rivals are likely to follow.

In contrast to fixed-rate mortgages, which are largely set by the bond market, variable rate mortgages are more dependent on the rate the Bank of Canada sets every six weeks.

In March, Finance Minister Jim Flaherty caused a mini furor when he urged BMO and Manulife to rescind their temporary offers of a five-year mortgage rate below three per cent, something he worried would encourage reckless borrowing.

BMO quietly allowed its offer to expire naturally, but Manulife rescinded its offer after pressure from the Department of Finance.

The analysis by TransUnion Market Trends shows average consumer debt in Canada, excluding mortgages, fell by two per cent to $26,935 in the first three months of 2013 from the fourth quarter in 2012.

While total debt is still 3.5 per cent higher from a year ago, it was the first quarterly drop since the third quarter of 2011 and the largest since the firm began collecting the data in 2004.

A consumer pays with a credit card for a purchase on July 6, 2010. (Ryan Remiorz / THE CANADIAN PRESS)

TransUnion vice president Thomas Higgins says while the fall-off was significant, it is still too early to declare a trend. He notes that the 2011 decline was quickly followed by rapid increases in 2012.

The Bank of Canada has welcomed the general trend to more frugal finances among households, particularly in mortgages, which make up for the vast majority of debt held by Canadians.

The bank continues to warn, however, that Canadians could be caught out once interest rates start rising.

Higgins says the average Canadian pays about $1,398 in interest each year on their lines of credit, but that would rise by $350 if rates rose by one percentage point, and by $699 if rates rose two points.

On consumer debt — which includes credit card debt, lines of credit, instalment and car loans — all provinces except British Columbia posted a quarter-quarter decline in the first three months of 2013. In B.C., credit rose 3.7 per cent.