Seems like there will never be any setback for real estate in Canada because whenever there is one, there will always be another story or justification (usually many more) that business will rebound in no time … Here is yet another one: –

Home construction to recover in 2014

Despite a decline in new home construction in 2013, housing prices still increased by 4.4 per cent, with forecasts calling for a 3.6 per cent increase in 2014. File photo.

Sudbury’s hot real estate market is expected to cool off for the rest of the year, before before bouncing back in 2014.

“Single-detached starts will see 15 per cent drop in 2013, while they are expected to post 12 per cent increase in 2014,” said a release this week from the Canadian Mortgage and Housing Corp. “Starts of semis, rows and apartments will exhibit similar declining trends this year, but are expected to recover next year, reaching 2012 levels.”

While construction is cooling, prices for homes will continue to increase, the CMHC says, with prices rising by 4.4 per cent in 2013 and 3.6 per cent in 2014.

In the resale market, existing home sales will decline in 2013 by 7.1 per cent, CMHC says, before bouncing back next year with a forecast increase of 5.3 per cent.

“The softness in the existing home market will come mostly from the first-time homebuyer segment,” the release said. “Potential first-time buyers are postponing plans for homeownership, which is reflected in a declining vacancy rate for Sudbury.

“On the other hand, repeat buyers will dominate the resale market, as they continue to take advantage of lower mortgage rates and have the ability to pay larger down payments for more expensive homes.”

Part of the slowdown is related to lower nickel and copper prices, which have been trending downward over the last few quarters, the release said. Demand in emerging markets, such as China and India, has weakened, metals prices should bounce back as the global economic recovery picks up steam in 2014.

“Sudbury is well poised to recover its economic strength in 2014 as growth in the global economy gains traction and exports contribute a bit more to the Canadian economy,” CMHC said.

The decline in new construction in Greater Sudbury will help offset weaker demand, helping to keep the market balanced and resale prices growing above the rate of inflation.

“The average MLS price will increase by 4.4 per cent this year and by 3.6 per cent in 2014,” the report said. “Although price increases are expected this year, average income growth is not expected to keep pace, thus reducing affordability in Sudbury.

“However, average income growth will resume in 2014, easing the downward pressure on affordability. Despite persistent price increases, Sudbury remains one of the more affordable centres with population over 100,000.

In raw numbers, new home construction is expected to drop to 369 units in 2013, with the biggest drop in single-family homes — 32 per cent to 200 units, as compared to 30 per cent drop for semi-detached/row/apartments to 169 units.

“Additionally, lower demand for resale housing and higher cost of construction will continue dampening overall housing starts activity for the remainder of the year.”

By 2014, new home construction should bounce back, with a forecast of 445 new starts for the year. Semi-detached and townehouses will lead the way, increasing by 32 per cent and 29 per cent respectively. First-time homebuyers should be busy, as the mining sector recovers and younger workers are in a better position to afford a home.

Average sale price for single-detached homes will be $283,258.

In addition to a recovering metals market, Sudbury should benefit from some major projects, including the construction of the downtown school of architecture and Vale’s Clean AER project.

“Moreover, investment in Sudbury of some largest mining companies in the world could also result in more money being available for exploration and development in the region,” the CMHC report said. “Skilled labour shortage is a major concern for employers looking to expand their capacity, especially in mining and construction industries.”

That will lead to increased migration – from within Canada and globally – as employers search for people with the skills needed to fill 21,000 jobs, which is the estimated number of new jobs and retirees combined over the next 10 years.

The resurgence in metal exports will give a boost to burgeoning mining supply sector in Sudbury, the report says. In fact, Sudbury has the third biggest mining and supply service sector in Canada, after Toronto and Vancouver.

“A recent example of this is a large Chinese manufacturer of crushers and mineral processing equipments opening sales and service base for the Americas in Sudbury more recently,” the report said.

Meanwhile, questionable foreign funds are driving up inflation in popular spots like Boston …

Wealthy investors, many from China, lift economy but crowd out local bidders

By Jenifer B. McKim 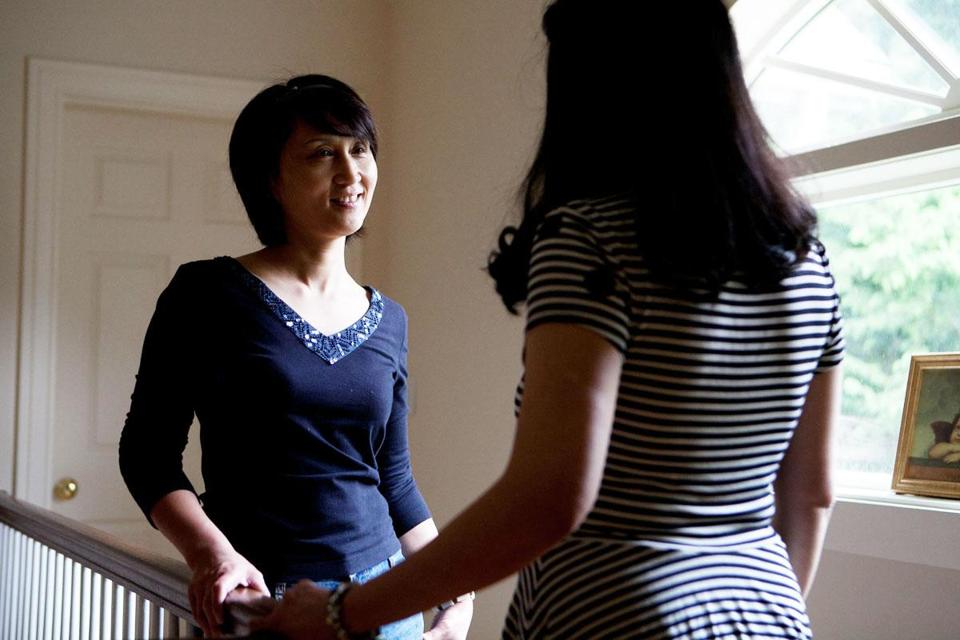 KAYANA SZYMCZAK FOR THE GLOBE

Foreign investors, especially Chinese and other Asian buyers flush with cash, are purchasing properties in Boston and its high-end suburbs in increasing numbers, adding to the housing market’s revival but also crowding out some local bidders, real estate agents and specialists say.Several of the city’s luxury condominium buildings — including the Residences at W Boston, 45 Province, and Millennium Place — report that at least 24 percent of recent buyers have been international clients, many of them paying in cash.

They are motivated by Massachusetts’ improving economy, the quality of schools, and the region’s clean environment compared with congested urban areas in Asia.

Patty Chen, a Wellesley entrepreneur who runs a company to help Chinese investors find homes here, said she was involved in four deals during the spring that totaled more than $7 million. With real estate prices skyrocketing in many Chinese cities, homes in the Boston area are considered a bargain for those with money to spend, she said.
“They are very, very happy to buy houses here,’’ mostly for $1 million to $2 million, said Chen, who in 2007 launched her full-service company, America Asia Business Tour Group-Boston, which offers assistance with immigration visas and real estate transactions, as well as consultations on schools and neighborhoods.

‘A lot of my friends who have kids in Boston are thinking about doing the same thing.’

“A house in Boston is cheaper than a house in Beijing,” Chen said. “Why (would) they stay there to compete with others?”

In addition to the Chinese, real estate agents say, wealthy buyers are coming from Canada and other countries in Asia, South America, and Europe.

While other parts of the United States — including Florida, California, Texas, and Arizona — have traditionally attracted foreign investors, Boston is also increasingly a magnet, said Jed Smith, managing director of quantitative research at the National Association of Realtors.

“There’s an active market in Boston,” Smith said of foreign home buyers. “They are higher-end customers.”

A big part of the trend is that foreign investors frequently pay cash, which gives them more clout in closing a deal. During the first three months of the year, more than 42 percent of condo sales in Massachusetts were completed without a mortgage lender, according to the Warren Group, a private company that tracks local real estate.

That compares with 30.8 percent of condo sales being all-cash deals in 2010, according to the Warren Group.

The surge in cash sales is bad news for buyers who are dependent on securing a loan. They often have less latitude in bidding on desirable properties that often sell for far more than the original asking price.

“The average high-end buyer isn’t able to be competitive, because everyone else behind them has cash,” said Ken Tutunjian, a branch manager for the Back Bay office of Coldwell Banker Residential Brokerage.

Chinese interest in local real estate has increased as that country’s economy has gone on a stunning growth spurt over the past five years. The number of affluent Chinese — those able to invest at least $1.6 million — grew to about 700,000 by the end of 2012, more than double the number in 2008, according to a report published last month by the Boston consulting firm Bain & Co.

Jack Worthington, managing partner for the New York investment firm Arundel & Co., said recent news about the once-frenetic pace of China’s economic expansion slowing will only push more people to look for other places to invest, he said.

“The Chinese ‘economic miracle’ and private wealth creation are very, very recent phenomena, and the wealthy of China know that,” he said. “We are still a safe haven.”

In addition to seeking profits, rich foreigners are buying homes here to use for vacations and for their children attending schools in the Boston area. According to real estate agents, some are investing in homes years before their offspring are ready to enter college.

Ramez George Sawabini of Bahrain said he has spent about $4.5 million on four condos at the W over the last several years, a pattern that began when his son enrolled at Northeastern University.

Sawabini, who is an investment banker, said he bought the first one-bedroom condo after determining it made more financial sense than renting one for his son. He paid in cash for the first two, and obtained mortgages from a Canadian bank for the others, though he made 50 percent down payments.

“A lot of my friends who have kids in Boston are thinking about doing the same thing,’’ he said.

At 45 Province, where condo prices range from $975,000 to $5 million, foreign investors have purchased about 35 percent of the 109 units, said sales director Wayne Lopez.

“My biggest demographic is the Asian international buyer,” Lopez said. “They see Boston as a great city from an educational and long-term investment standpoint.”

Chen, at America Asia Business Tour Group-Boston, said her clients prefer properties that are newly built and already furnished. In many cases, she said, men buy homes for their children and wives to live in while they travel back and forth from China.

For example, she said, a man from Beijing recently bought a $1.35 million, four-bedroom Colonial in Brookline for his 17-year-old daughter, who is attending a private school in Lawrence.

The buyer — a sales executive who did not want his name published because of privacy concerns — is still not sure how much time he and his wife will be able to spend here, but decided to go ahead with the deal because it’s likely his daughter will go to college in the area and need a place to live. He is already enamored of metropolitan Boston, citing its clean skies and green yards. And his family is happy to help the local economy by investing in property.

Jenifer B. McKim can be reached at [email protected].

Wonder how much money with questionable origin is flowing in Canada now ? Guess it’s good for the economy for short term, but is such money also good for long term ?

« Canadian money is in the hand of crackheads, gangsters, fraudsters, and lawbreakers ?
Times Are Still Good, Government Dares Not Raise Rate, Banks Up Charges And Continue To Profit Insanely »