Probably not. Toronto properties will never die because … scroll down for the answer: I am a Canadian:  The new version

Toronto condo sales at lowest level in a decade

High-rise sales in GTA down 18% from a year ago; overall new home sales to date worst in 10 years

Last month was the slowest August in 10 years for condominium sales in the Greater Toronto Area, with sales down 18 per cent from a year ago, according to a recent report from RealNet, a market research firm for the housing industry.

​There were 663 high-rise units sold in August, which is ​almost 46 per cent fewer than the 10-year average.

“That represents the lowest high-rise August of the last 10 years,” said RealNet analyst Steve Hurst, in a presentation of the data on the firm’s website.

BUT developers are holding back their … ?

The good news, Hurst said, is that the number of unsold high-rise units declined for the fourth straight month, falling to 21,028 units in August.

“That’s down over 10 per cent since May … mostly thanks to a lack of new supply coming to market over the last several months,” Hurst said.

I am a Canadian:  The new version…

I AM CANADIAN
I am in the minority in Calgary,
Vancouver, Toronto
and every casino in this country. 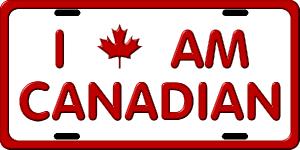 I was born in the forties, fifties or
sixties, yet I am somehow responsible for some First Nations people
being screwed out of their land in the 1700’s!
I pay import tax on cars made in Ontario.

I am allowed to skydive and smoke, but
not allowed to drive without a seat belt.

All the money I make until mid July must
go to paying taxes.

I live and work among people who believe
Americans are Ignorant…
These same people cannot name their own country’s new territory.

Although I am sometimes forced to live
on hamburgers and don’t have a pot to piss in,
I sleep well knowing that my taxes
helped purchase a nice six figure home in Vancouver for some unskilled
refugee.

Although they are unpatriotic and
constantly try to separate…
Quebec still provides most of my
nation’s prime ministers.

95% of my nation’s international
conflicts are over fish.

I’m supposed to call black people
African Canadians,
although I’m sure none of them have ever
been to Africa for that matter.

I am being told that paying a 200% tax
on alcohol is fair.

I am also being told that the same tax
on gasoline is also fair.

Even if I have no idea what happened to
that old rifle my
Grandfather gave me when I was 14, I
will be considered a criminal if I don’t register it.

I am being told that spending $15
billion to promote the French language in the rest of Canada is fair
when the province of Quebec doesn’t support or even recognize the
ENGLISH language.

I am being told that paying $1 million
for 3 Stripes (‘The Voice of Fire’ painting in Ottawa )
by the National Art Gallery was a good
purchase, even though 99% of this country didn’t want it or will ever
see it.

When I look at my pension and realize
that I take home a third of what I actually make, I say
‘Oh well, at least we have better health
care than the U.S.A..’

I must bail out big corporations who
drive their business into the ground and say,
‘yeah that’s ok.’
And When they move all their manufacturing
plants and jobs to a third world country and say,
‘no problem.’

I must fork over my portion of the 11.5
million dollars to show the Queen of England and her family a good
time visiting  in my country even though I can’t afford to visit the
province next to me.

Canada is the highest taxed nation in
North America, the biggest Military buffer for the United States , and
the number one destination for fleeing terrorists.

The Lord’s prayer is not allowed in our
schools anymore because of other religions who chose to move here.

I am  an angry white person.

I am one pissed off taxpayer, who is broke.

My name is Ben Dover…say it fast!!!