Attention: Investors who parked their money in Vancouver real estate

You gotta pay more taxes very soon, if you leave a building vacant like this one, (because Mr. de Jong will empower the city to dig the hell out of your pocket): – 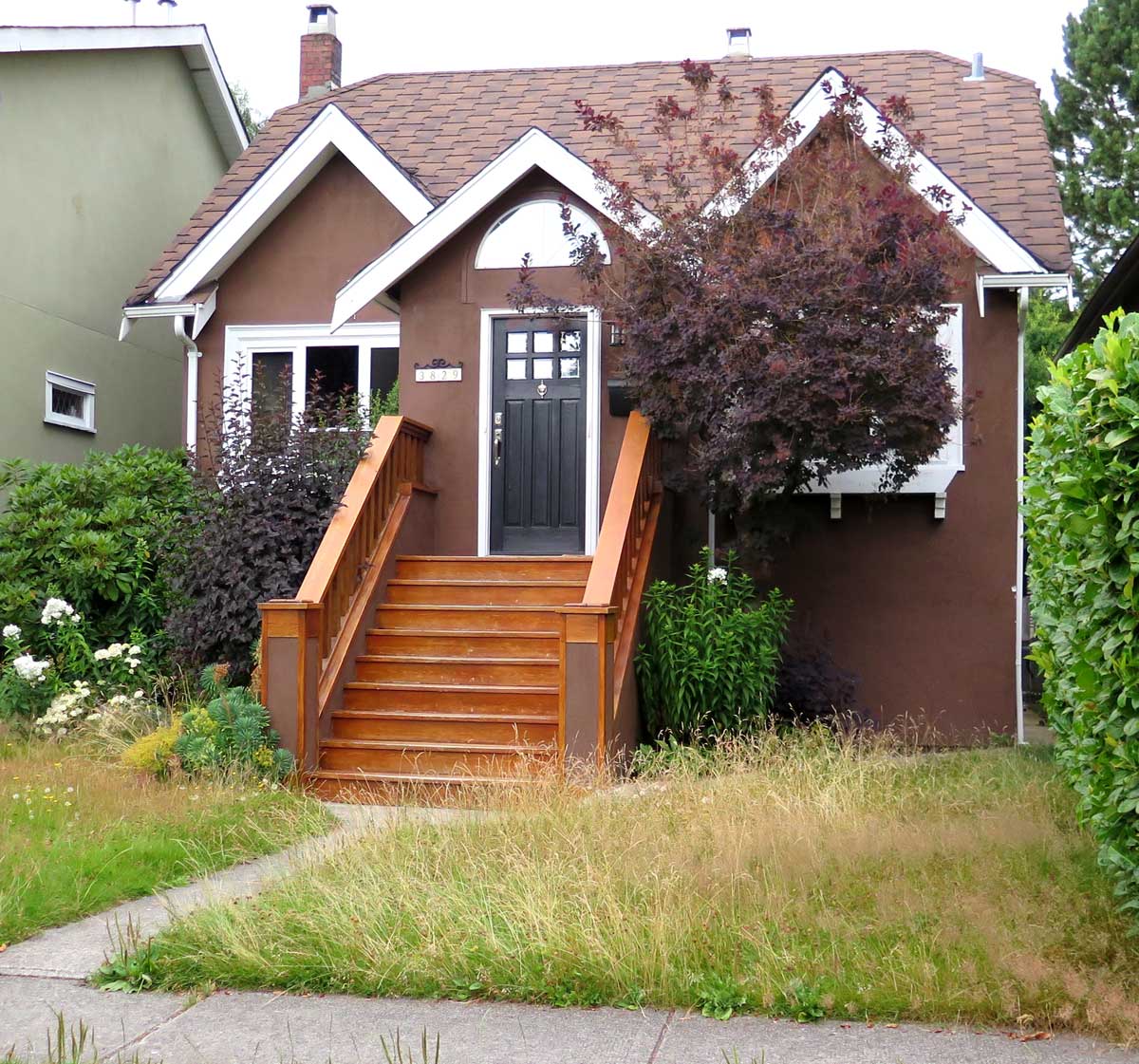 Vancouver: “I Got The Power” 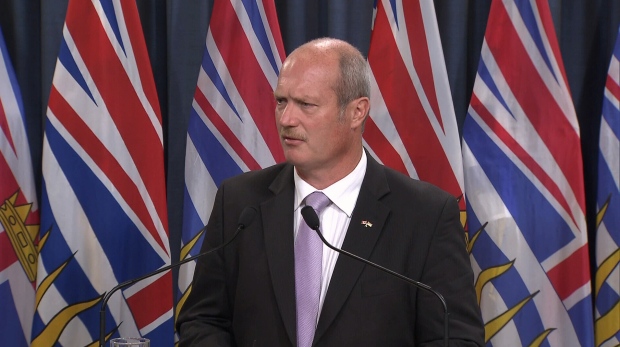 The B.C. government will give the City of Vancouver the powers it needs to implement an empty home tax, provincial Finance Minister Mike de Jong announced this morning. “It strikes us that if the city wants to do this, it is a reasonable request on … 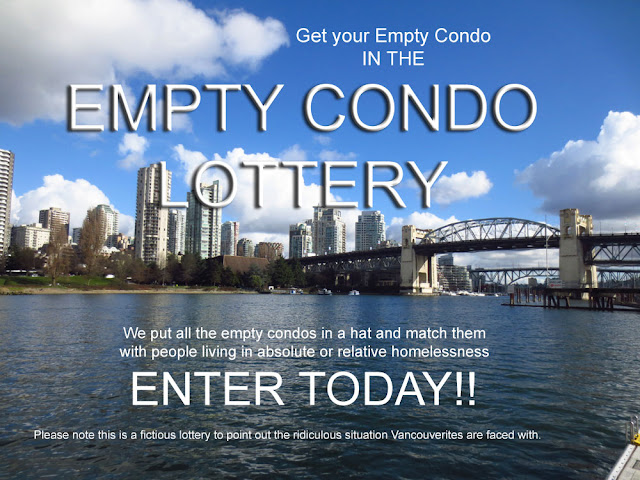 The City of Vancouver is one step closer to introducing a vacancy tax that will target homes and condos that sit empty for the majority of the year after the provincial government on Monday committed to introducing the needed legislation in a rare …
No plan yet on Vancouver vacant homes tax
24 Hours Vancouver
The B.C. Legislature will resume in less than two weeks so that the provincial government can make changes to the Vancouver Charter — enabling the city’s vacant homes to be taxed. But exactly how that system will work once introduced remains unclear, …

Here is an interesting article by babble on …

Ride through Vancouver, and you will see that the city is home to far too many homeless people sleeping rough in neighbourhoods all over the place. 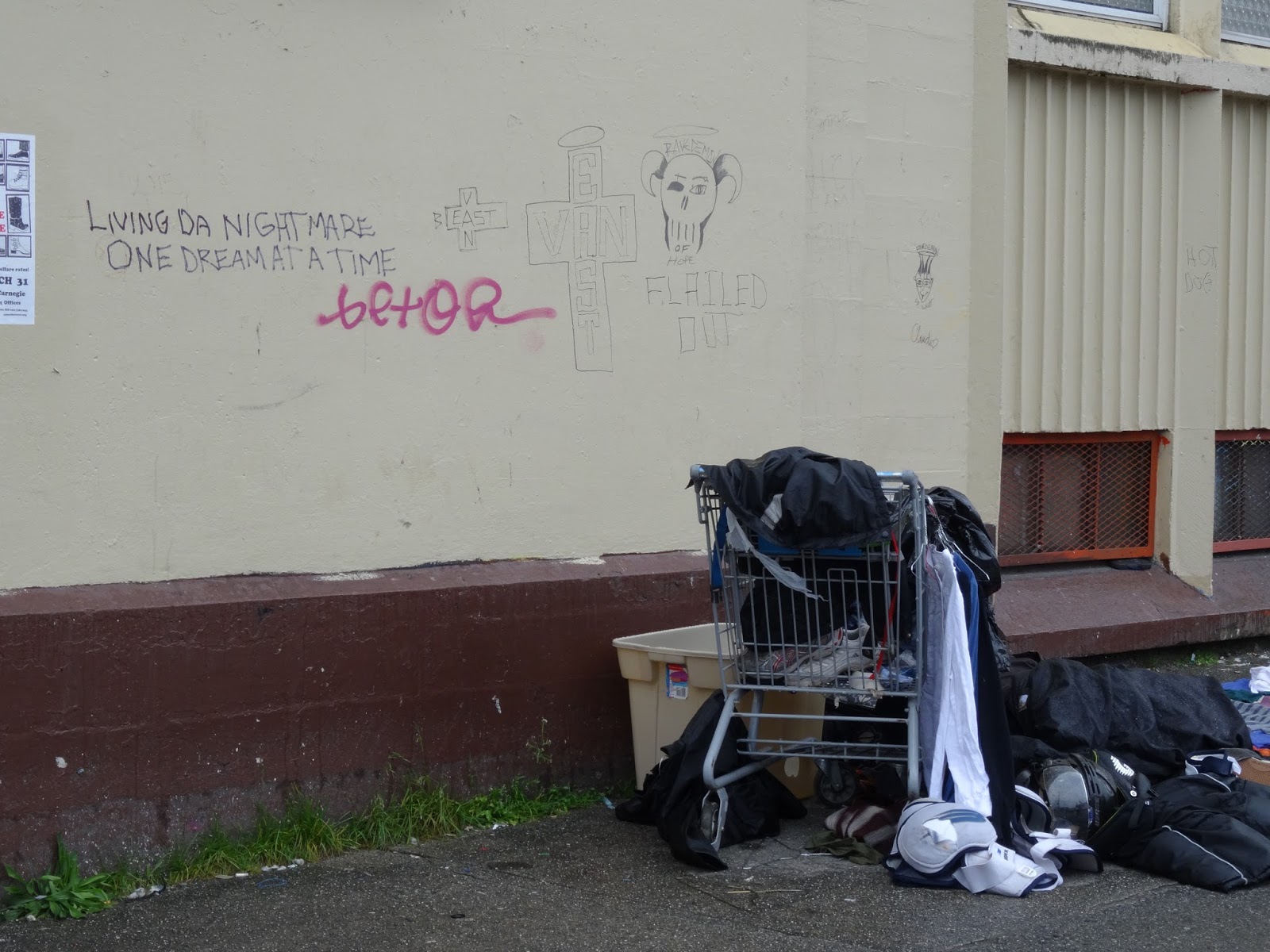 Less apparent, yet equally important to the equation is all of the Homes-Less-People, the multitude of condos and detached houses alike, entirely empty of inhabitants, sitting vacant year after year after year.

Whole neighbourhoods are turning into ghost towns, so that fewer and fewer privately owned places are actually occupied. According to the 2001 census, almost a quarter of the residences in Coal Harbour sit empty, causing house prices to skyrocket as fewer and fewer homes remain available to Vancouver residents looking for a place to live. And it’s not all condominiums, either. 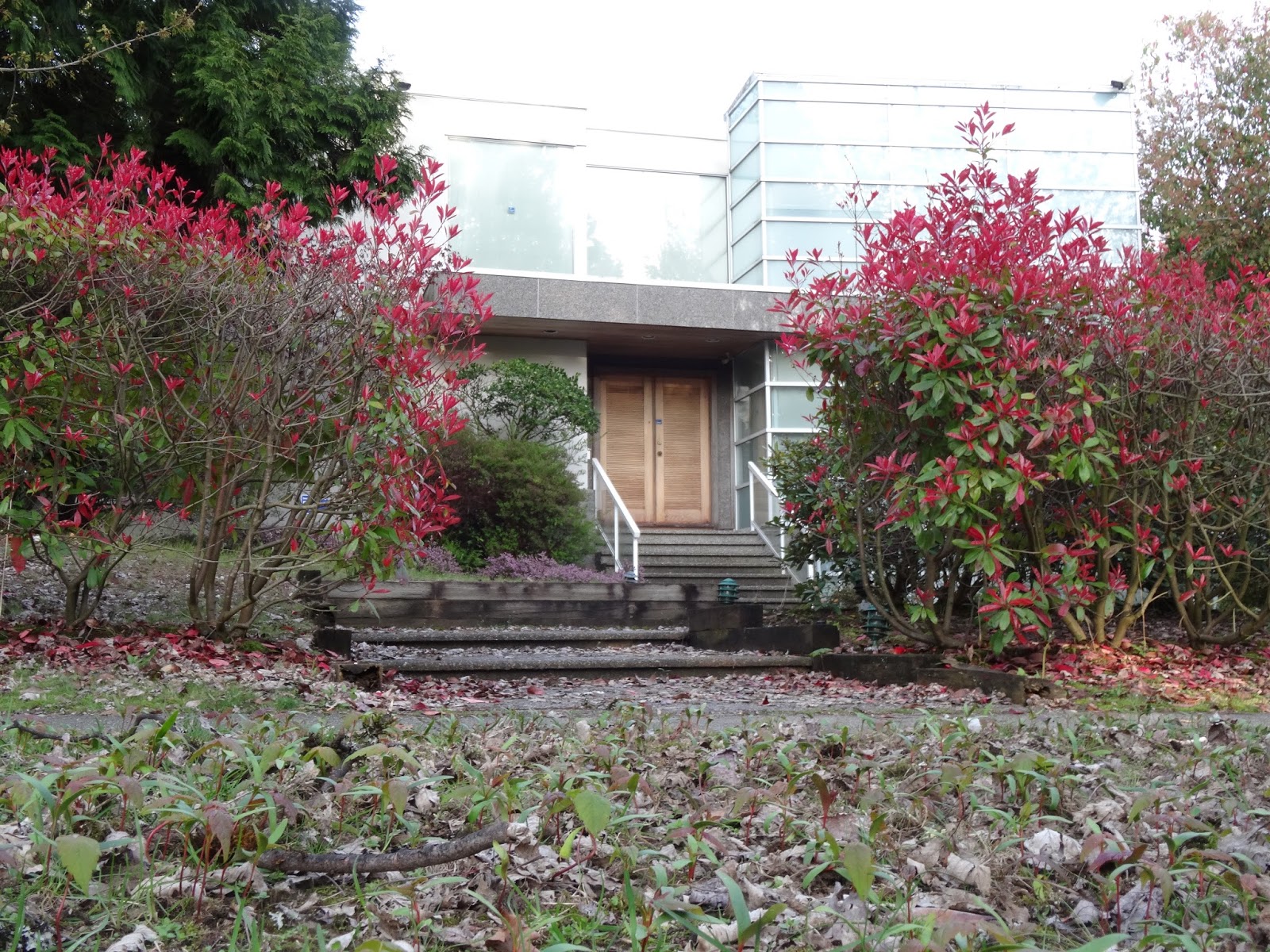 It’s happening all over the lower mainland, but the nicer the neighbourhood, the more it attracts the foreign investor. Vancouver’s great beauty, its very liveability is working against our best interests. It’s turning our nicest areas into empty, vacant villages. 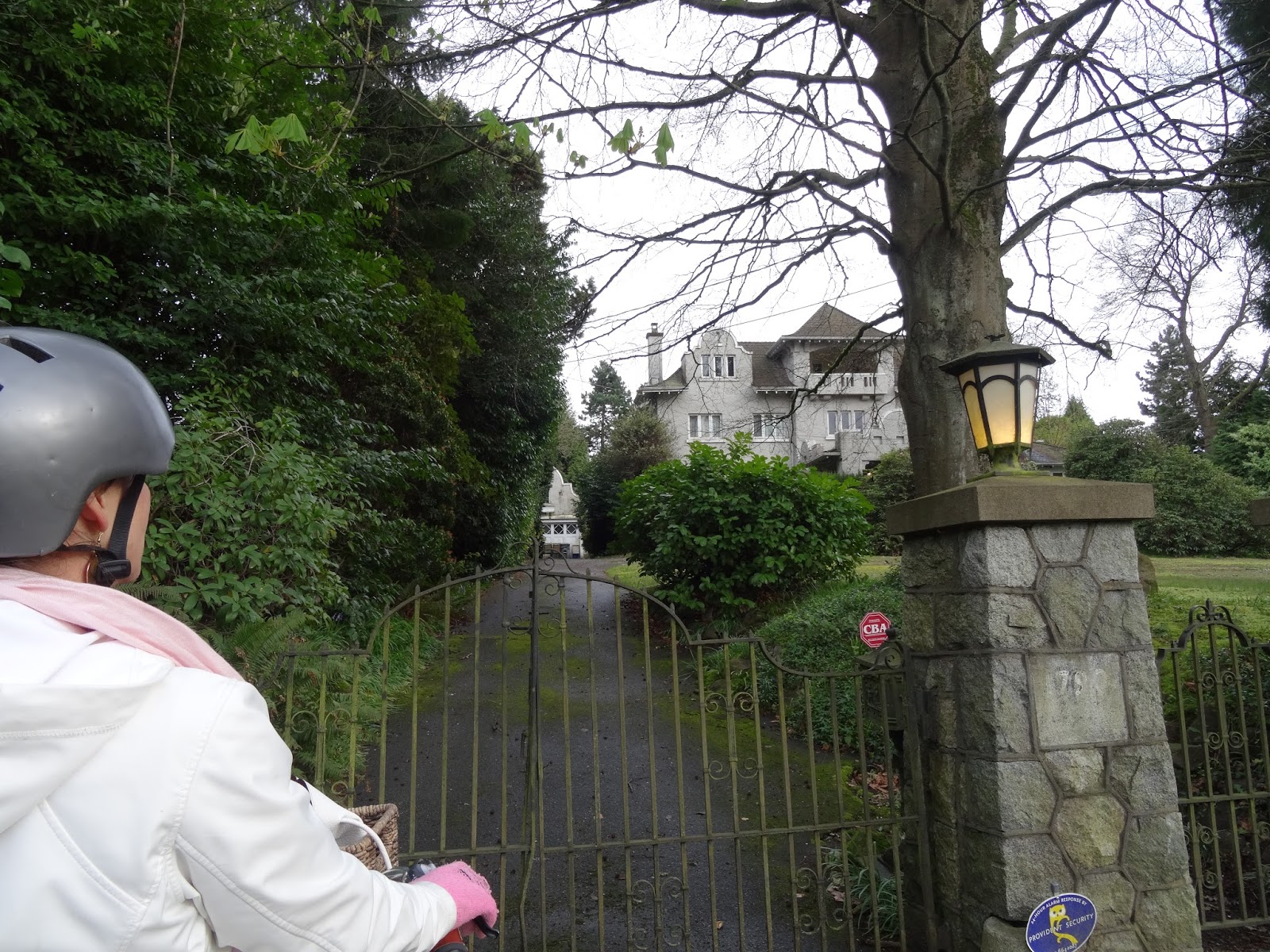 Take a ride through Shaughnessy with your eyes peeled for the signs of abandonment, and you will be surprised at how many homes are unoccupied. Look for moss on driveways, and rott eating away at a back lane garage. We took just such a ride, and came upon a big old house listed for sale. We stopped by just as the agent was locking the gate. She asked if we would like to view the property, and of course we jumped at the chance. 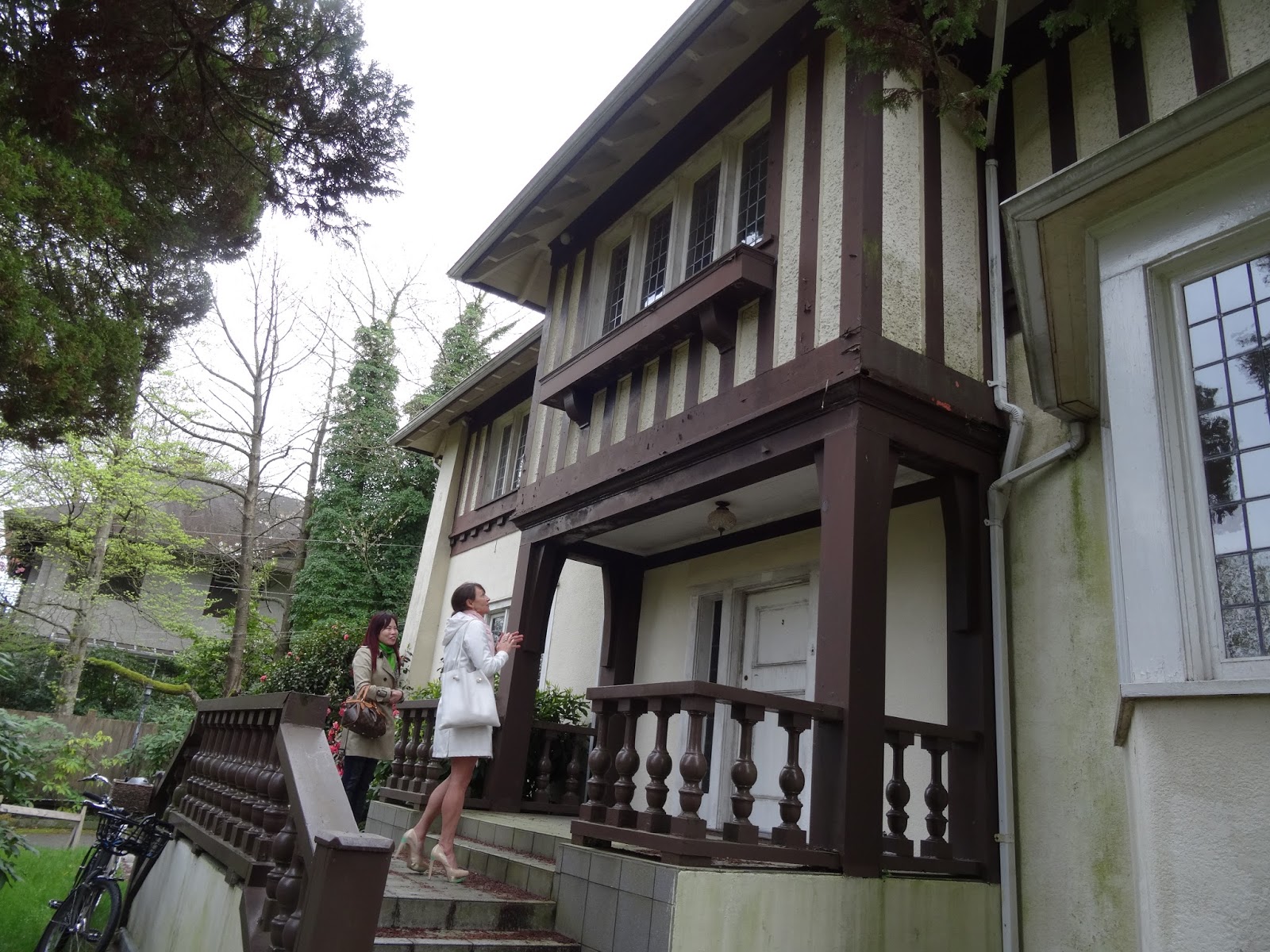 This 8,000 square foot house is listed at $13.5 million dollars, down from the original $15 million. The agent is a lovely woman named Wendy Tian, of Sutton West Coast Realty. Her number is (604)375-6030,  just in case you’ve an extra twenty million or so kicking around and a fierce yearning for a to-do project. This is one of those very residences which has been empty for years. The man who bought it was originally planning to turn it into a fifteen thousand square foot home, complete with an inside/outside pool. It will stand in place of the old pool which sits there now, in view of the neighbouring Canuck Place Children’s hospice, which is simply the best neighbour a person could hope for, at least if karma has anything to do with it. 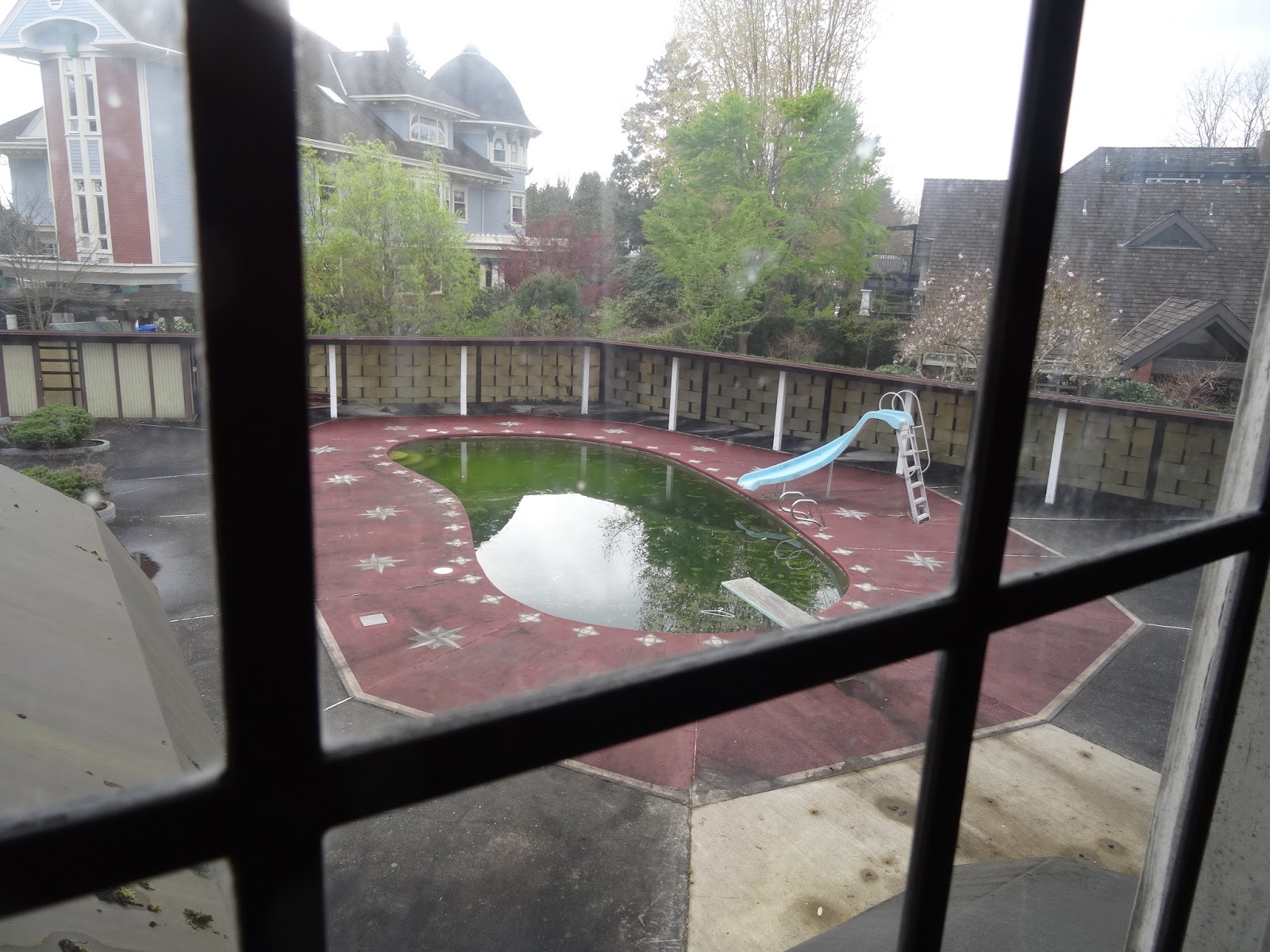 The owner’s contractors had already begun taking the house apart, so it is without its fixtures and fittings. 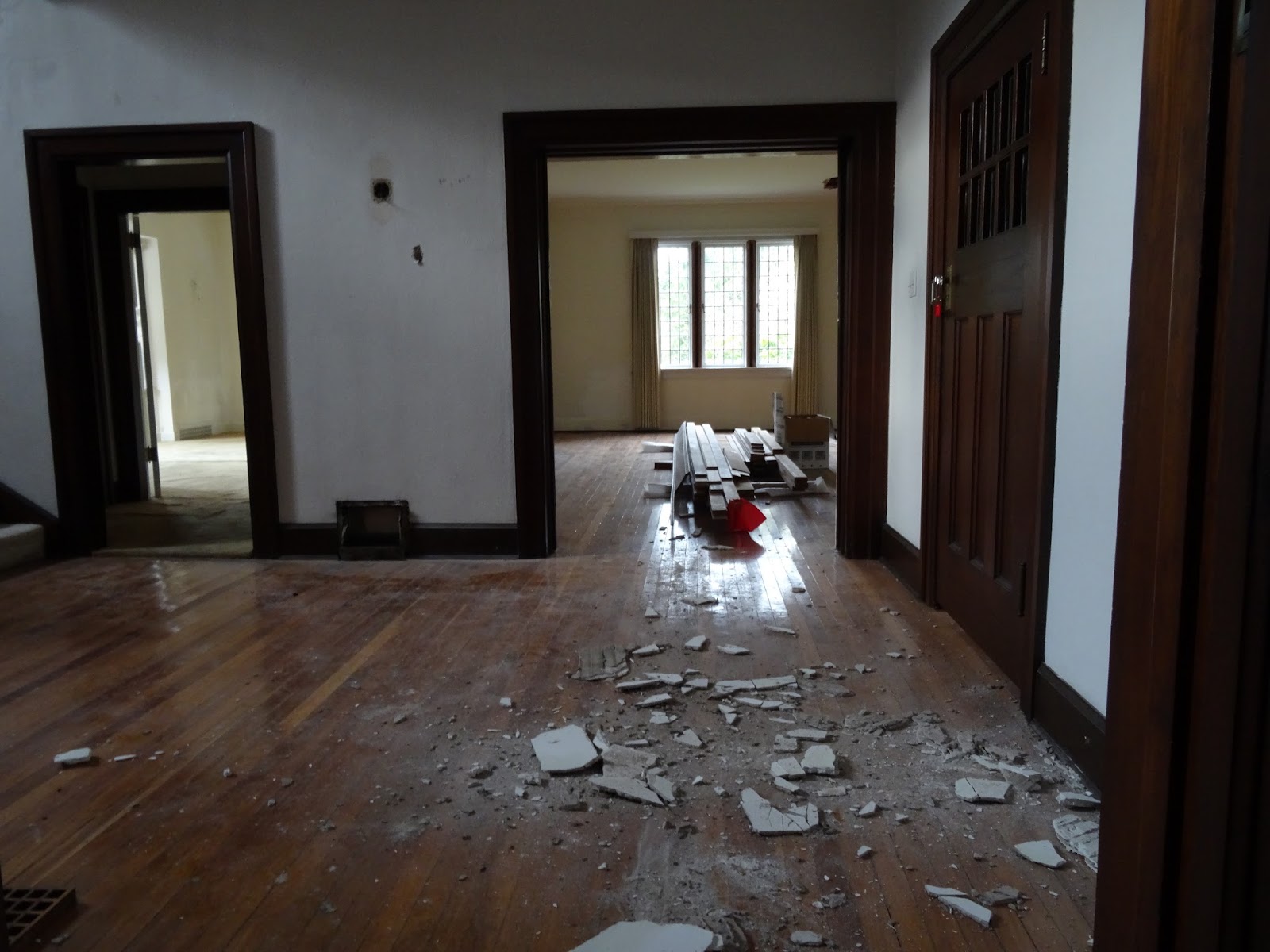 He had a full set of blueprints drawn up, and all of the permits are in place, but after work had begun, the owner decided that he would rather build his mansion on the hill in West Vancouver, where he can enjoy a beautiful view.  He bought another property, and began work on it there. And so this house sits empty, uninhabited and unliveable. I asked Wendy whether she’d had any offers to date, because I had heard that bidding wars were becoming quite common here in Vancouver. She said that when it was first listed at $15 million, a woman offered $13 million, and the owner declined. Then just a week or so ago, “A kid from China offered the list price for the property, as long as nobody told his parents about it.” And Wendy told me that she replied to him that “No, sorry. We won’t do that sort of thing.” Apparently the boy wanted to store his car collection here, but he didn’t want his dad to know what he was up to. !!!! That’s some kinda garage. We won’t even mention the money laundering that happens in Vancouver Real Estate Transactions. Nope. Not a word. 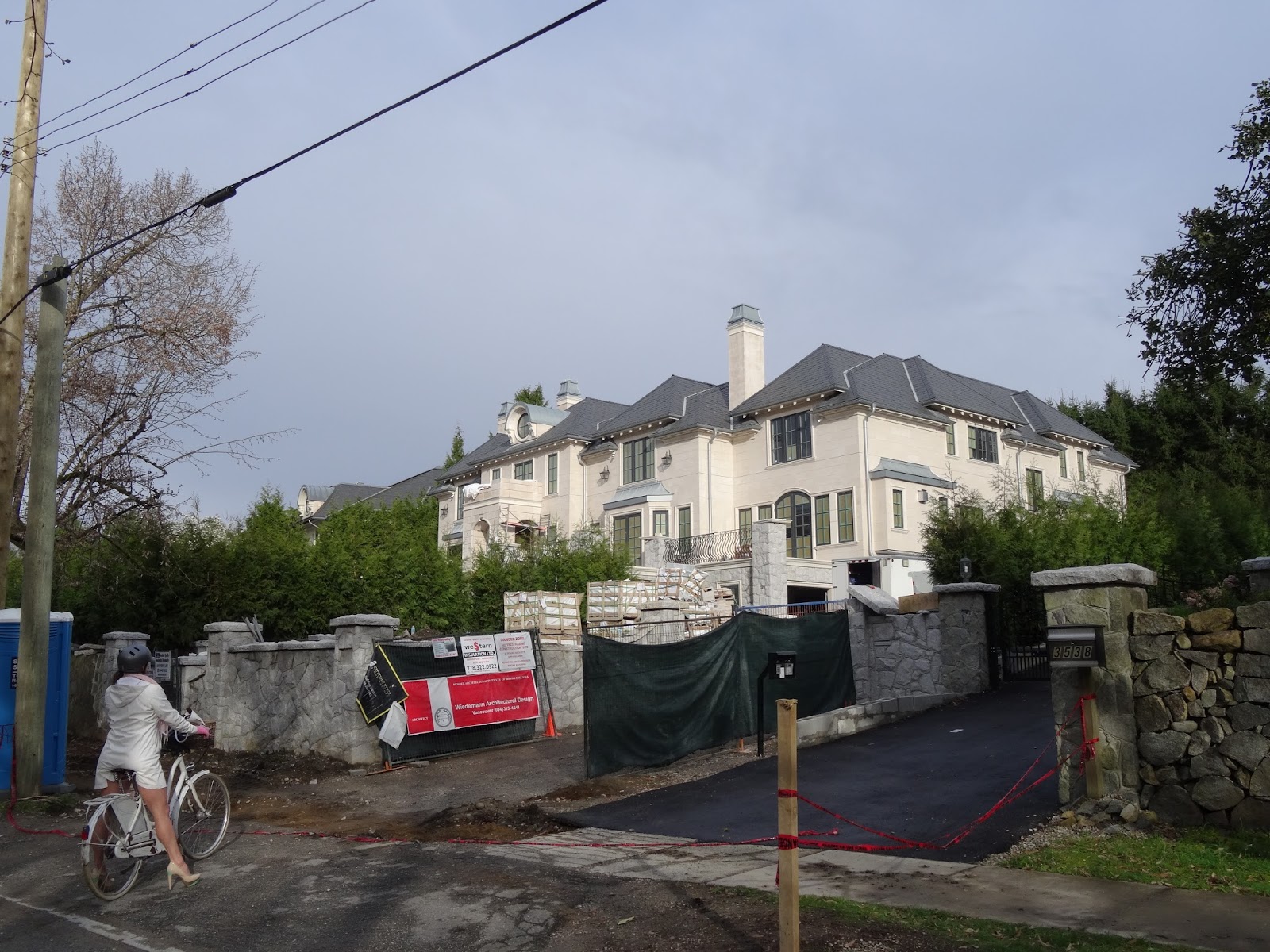 You will find a fair few massive, unbelievably expensive homes scattered throughout the lower mainland, and increasingly they belong to foreign nationals who don’t even spend a fraction of their time here. And despite the price of property here in southwestern BC, which impacts the price of everything, from food to clothes and beyond, wages have not even begun to catch up. That means that what would have been a comfortable, middle class salary ten, fifteen, or twenty years ago is now too small to make ends meet. What used to be middle class is today the working poor, folks struggling to afford their lives. People who used to hold a reasonable expectation that they would buy a home, and pay off the mortgage in twenty odd years must now dream an impossible dream. I met a couple the other day, both of whom hold masters degrees in their chosen fields. They have a baby, and would love another, but they can’t afford two children. They also can’t afford to buy a place, not even a two bedroom condo, and although they are both working full time, they are struggling to make ends meet. They are the very definition of middle class, and yet (depending on your definition of impoverished), they are also the working poor.

But Vancouver real estate wasn’t always so far out of reach. Let me introduce you to the Vancouver Special. 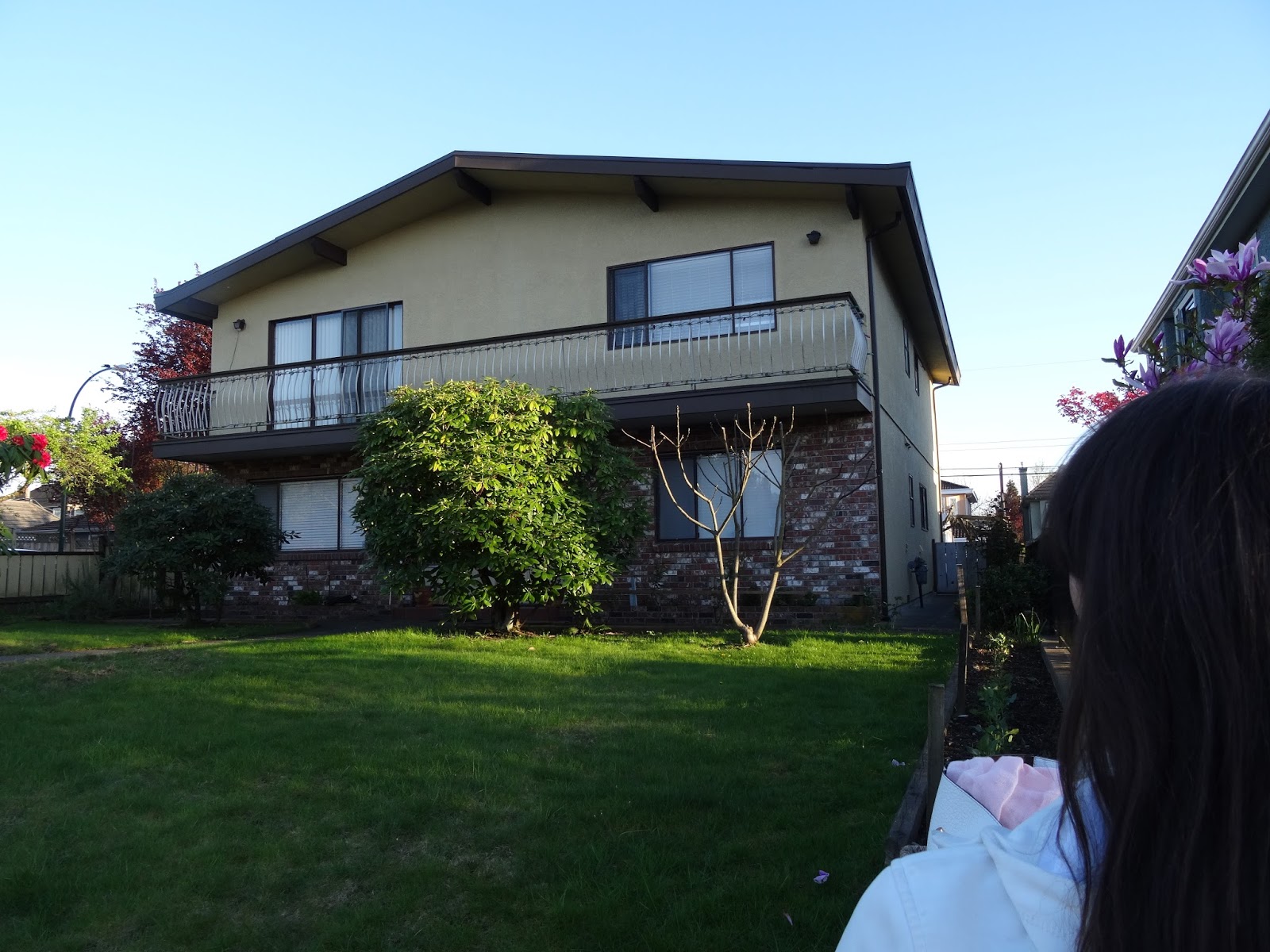 These wonders of architectural mediocrity were createded to maximize square footage to a standard city lot, and were designed with the primary living space on the top floor, and secondary bedrooms on the ground floor. This made it a simple thing to build an inlaw suite, which, when rented out made it easier to pay off a mortgage, or to bring granny over from the old country to help care for the little ones. Between the mid sixties and the mid eighties thousands of these places were built to provide an affordable housing solution to immigrant and working class families. You’ll still find them today, scattered all over town, though of course you will find way more of them east of Main than on the west side.

Given the obscene price of real estate and painfully low average wages, you would think that the Government would step in and create a buffer for the populace by building some affordable housing. After all, any self respecting G8 government would by nature be aghast at the possibility of being at the center of a crisis of homelessness, but our leaders don’t care, just so long as their patrons are raking in the dosh. They hung us out to dry. Our federal and provincial governments both ended any and all support for affordable housing, preferring instead to build bigger prisons.