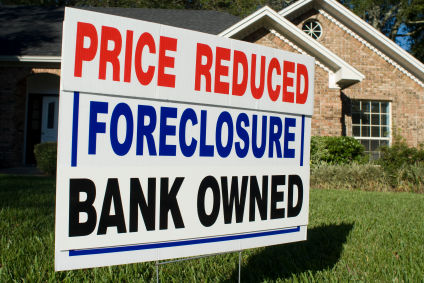 While Canada’s high-flying housing market continues to stabilize, it’s increasingly evident that one city — Toronto — is a glaring exception.

In sharp contrast to price moderation in most cities and a significant drop in Vancouver, where buyers are being priced out of the country’s costliest market, Toronto buyers are on a spending spree — one that looks as if it won’t end well.

I would feel a lot better if I were counting half as many cranes — TD Bank chief economist
New figures from the Canadian Real Estate Association show prices up by 10.5% in Toronto over the past 12 months, the only major city with a double-digit gain. In contrast, Montreal gained a modest 3.7% and Vancouver is down by 3.1%.

On average, national home prices in March, influenced by the big Vancouver market, edged down half a percentage point from an exceptionally high level this time last year.

This is in line with the expected trend for a relatively flat market this year, said Sonya Gulati at the TD Bank. TD predicts that national prices will increase 2.1% for all of 2012 as sales flatten.

The bank calculates the average national price is probably 10 to 15% above a sustainable level, but doesn’t foresee any big drop, Gulati said.

Toronto, which accounts for about one-fifth of the whole housing market in Canada, has defied predictions, with sales remaining strong in spite of surging prices.

It’s not clear exactly why housing is “so out of control” in Toronto, says John Andrew, a real estate professor at Queen’s University.

But one factor, he notes, is the severe squeeze on the supply of single-family homes within easy commuting distance of downtown, which is helping to supercharge their prices. And those who can’t pay up have flooded into the less-costly condominium market, causing a boom that Andrew and other analysts now find worrisome.

Craig Alexander, chief economist at the TD Bank, is so fascinated by the frenzy of condominium construction that he counts the number of projects as he drives through Toronto.

“I would feel a lot better if I were counting half as many cranes,” he says.

That’s understandable. Andrew calculates that Toronto now has 143 highrise condo projects under construction, more than in any other North American city, with more on the drawing boards.

“Is there enough demand for all those condos? It’s hard to imagine,” he says.

Worse, many purchasers appear to be foreign investors looking for rental properties as a haven from uncertainty in financial markets.

“When it’s an investment property, people are pretty quick to dump it when things get ugly,” Andrew points out.

That could presage a hard landing once the pool of tenants thins out and rising mortgage interest rates squeeze investment returns.

Douglas Porter, deputy chief economist at BMO Capital Markets, is similarly worried. While the national housing market looks increasingly stable, “I do think Toronto could have a fairly serious correction in the next couple of years,” he says.

In the rest of Canada, however, conditions look far healthier. With sales and price gains flattening out, it’s likely that the growth rate of Canadian mortgage debt will soon dip significantly, Porter believes.

Since mortgages make up the biggest chunk of the worrisomely heavy debt load carried by Canadians, this could ease the pressure for federal officials to hike interest rates early or squeeze the housing markets with tougher borrowing rules.

And behind the scenes, there’s an encouraging demographic trend that’s likely to keep housing demand from falling off a cliff, believes Stefane Marion, chief economist at the National Bank. He points out that the group aged 20 to 44, the prime source of new housing demand, is growing faster in Canada than any other large industrialized nation.

Over the next five years, this cohort will grow by 3.7% in Canada, 42% faster than in the U.S., with immigration and the maturing of baby boomers’ children providing a new bump in housing demand. Even Quebec, the slowest-growing of Canada’s big provinces, will show a gain of 2.3%.

By contrast, most other big industrialized nations are suffering losses in this age cohort as their populations stagnate. The hardest-hit, Italy, Japan, Germany and Spain, will see this group shrink by 7% or more.

Canada’s demographic boost won’t immunize us against a severe shock, such as a new recession, but short of that, it could keep the housing market healthier than some expect.