Not too long ago, we got Occupy Wall Street (OWS) – the name given to a protest movement that began on September 17, 2011, in Zuccotti Park, located in New York City’s Wall Street financial district, receiving global attention and spawning the Occupy movement against social and economic inequality worldwide.

Now we got “Occupy Development Site” in Vancouver …

While real estate in Vancouver was once pretty much an economy issue, it has become uglier of late. It is now a social and by its extension, a political issue … Housing. 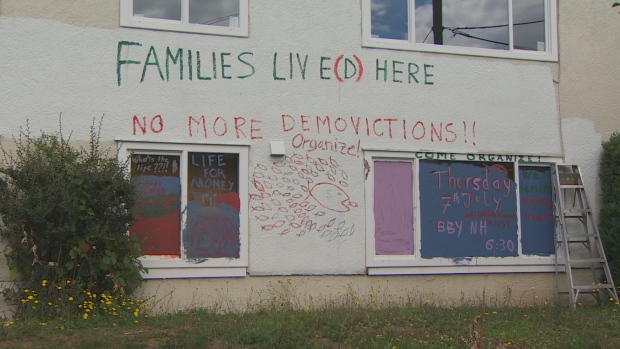 A group of housing advocates began occupying this apartment building in Burnaby, B.C., at 5025 Imperial St. on Saturday July 9, 2016, to protest the eviction of residents from affordable rentals to make way for condo towers. (CBC)
CBC.ca – ‎Jul 10, 2016‎
“The housing shortage in Metro Vancouver has reached Titanic proportions” says Corrigan. “We asked the provincial government…repeatedly to be able to zone for rental housing, so that we’d be in a position to say ‘in this area it’s been traditionally …

However, the situation around the Great Lakes regions seems to be in the infancy stage still.
Why?
Well, instead of preparing for “cooling down” or :landing softly” as our government so wishes, just so the society can have a break … You got “selfish” organisations like Toronto Real Estate Board filing trivial appeal on the tribunal ruling, which ruled consumers rights are to be protected, and that people should be allowed to make “informed decision”.
Toronto Real Estate Board wanted to continue to protect their monopoly over real estate information. They claim the decision violates the privacy of homebuyers and sellers.
I believe the truth is lack of information is one of the reasons lead homebuyers into to blind bidding war.
I think it’s about time we remind Toronto Real Estate Board that,
“The decision is meant to help homebuyers to make better informed decision. In a way,  there is no question of privacy here. I guess all potential homebuyers will welcome the decision.”

YorkRegion.com – ‎Jul 11, 2016‎
TORONTO – The Toronto Real Estate Board is appealing a landmark ruling by the Competition Tribunal that would allow its realtor members to post sales data online, arguing that the decision violates the privacy of homebuyers and sellers.

InsideHalton.com – ‎Jul 11, 2016‎
TORONTO – The Toronto Real Estate Board is appealing a ruling by the Competition Tribunal that could allow the board’s realtor members to post sales data online.

That said, her come Dummies on Bidding Wars … 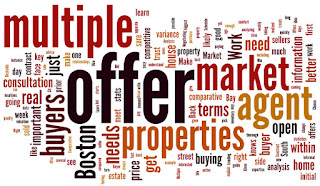 Behind the scenes of Ontario bidding wars

Toronto Star – ‎Jul 9, 2016‎
Real–estate junkie Gus Skarlatakis and his wife Christine scrap their plans to tear down and revamp their Toronto home to buy and rebuild a bungalow two doors down instead. Watering too often produces shallow roots that lurk near the soil’s surface, …