IMF warns on house prices in Canada and elsewhere

“The era of ‘benign neglect’ of house price booms is over.”
Min Zhu, IMF deputy director

House prices, Zhu said, are “well above the historical averages for a majority of countries. This is true, for instance, for Australia, Belgium, Canada, Norway and Sweden.”

“The bursting of the real estate bubble in the United States was followed by the deepest global downturn since the Great Depression” Zhu said. “It reminded people of the collateral damage that can be triggered by housing collapses.”

Housing crashes tend to be linked to broader economic recessions, and in fact housing-induced recessions tend to be “much deeper and generate more unemployment than normal recessions,” the IMF warns.

To be fair, Canadian policymakers have moved repeatedly in recent years to do some of those things, by raising the minimum down payment level to five per cent, and cutting the maximum amortization period from 40 to 25 years. But unlike other countries, Canada doesn’t even track the level of foreign buying that’s happening on a national level.

The agency did give Canada credit for one policy in place here, that being the distinction between owner-occupied homes versus investment properties when tabulating loan-to-value ratios. (There’s a little more leeway in how leveraged you can be when you’re buying a home to live in yourself, but requirements for second properties are a lot more stringent.)

I am optimistic Mr. Zhu could be another Chicken Little ?

The IMF’s global house price index shows that prices rose in 33 of 51 countries measured last year. Broad measures of housing affordability, which include comparing home prices to their long-run relationship with rents and incomes, show that home prices are moving “well above the historical averages” in several countries.

Relative to their long-run relationship with rents and with incomes, prices in Canada, New Zealand, Norway, Belgium, Australia, France and the United Kingdom are well above average. 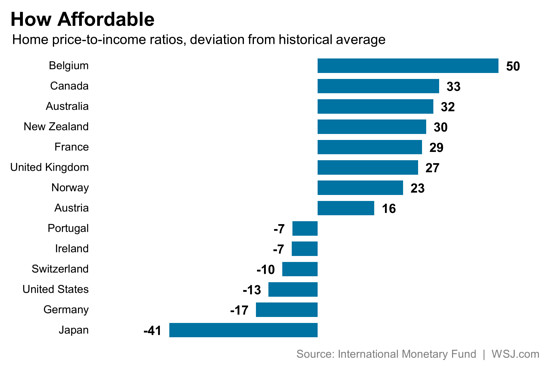 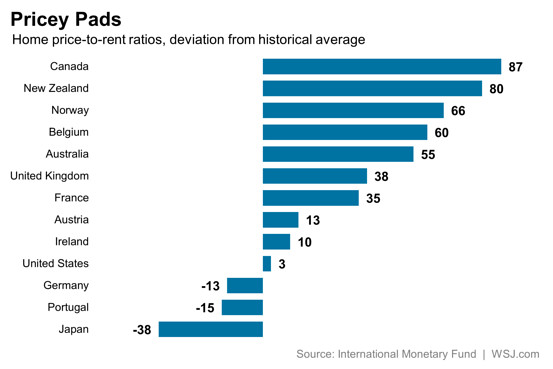 The IMF on Wednesday launched “Global Housing Watch,” part of an effort to curb complacency among regulators and policy makers about housing booms, which can help boost economic growth—both through increased construction and consumer spending—but which can have painful after-effects, as the U.S. has learned over the past decade.

« How will real estate market reacts to CMHC slowdown ?
Canada Real Estate: The Voodoo of “Booming” and “Fraying” »