After predicting (actually complaining about) Vancouver will be a ghost town soon, and that Vancouver will belly up because no foreigner will come simply because there is 15% tax on foreign home ownership. 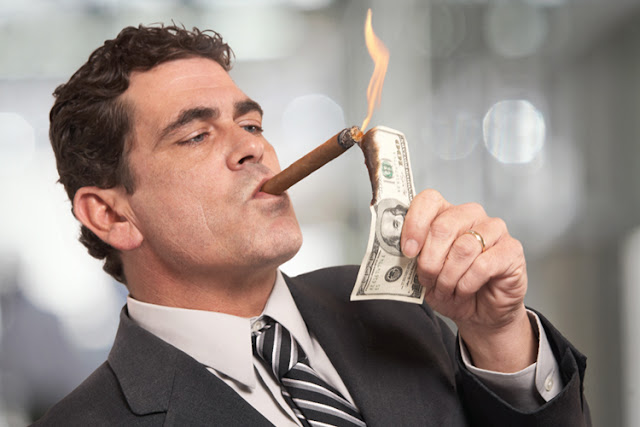 Pundits have it there will be a spillover effect into other Canadian markets as a result of the new 15% tax on foreign buyers in Vancouver.

They believe Toronto will stand to benefit the most. And that Toronto will soon be the playground of the rich aliens, with every single sales attracting zombie-like buyers engaging in fierce bidding wars, making offers many hundred thousands above asking price … They even think Montreal will be next city to boom.

In short, everywhere else will have good times except for Vancouver.

What do I think?

Could Montreal’s real estatemarket be the next target for foreign investors?

First of all, nobody bought properties in Vancouver because it is cheap there. Vancouver is never cheap. As a matter of fact, it has always been the most expensive place to buy a house in Canada (in price vs. income term).

Yet, people still flock to the Pacific Utopia called Vancouver in drove (to buy houses), particularly the rich ones from the far east regions.

Ever wonder why such a phenomenon exists?

Initially, I thought it was Fengshui. But after checking out a bunch of eastern ancient wisdom including iChing, Geomancy, Sun-Tze Art of War etc., I even referred to Harry Potter to try to connect the missing dots … The answers I got so far is simply – Nope.

(Pure) Fengshui is only a minute factor why foreigners choose to park their wealth in Vancouver. The most important factor is likely the “physical” bit (of Fengshui). It’s the “distance” – Vancouver is the closest city and the most convenient for travelling to the Far East.

Vancouver is the only major (and lovely) city in Canada with frequent direct flights to the far east. And travelling takes barely half a day (say to Shanghai). Whereas you will have to waste an additional half a day (both way) if you’re travelling from say, Toronto.

For this reason, the rich far-easterners have always favour Vancouver (over other cities in Canada), despite the lower median income and perhaps also lesser job opportunities. After all, the rich never have to work. So, economic factors isn’t the number one issue for the deep pockets. In fact, many barely live in Vancouver as they usually have businesses abroad, typically in China. If you also factor in the fact that Vancouver is indeed a beautiful place, and I guess the significant Chinese community there is yet another plus point,  then these few factors alone are good enough to attract the rich guys to park their wealth in Vancouver, tax or no tax … As long as the authorities do not get too personal or come down too hard on their personal wealth.

Long story cut short. if I were one of the Chinese tycoons. I will buy a big villa (or many mansions) in Vancouver, tax or no tax. The rest of Canada just doesn’t make that much sense to the privileged few … Certainly not Montreal. Not only there is lingo factor there, rent there is also insanely affordable ie. hopeless for rental investment/income, and it takes forever to fly home from Montreal – barely any airline operates on that route.

Unless I intend to live in Canada on full time basis, then I might scout around to see where can I possibly find something solid to invest, similarly for those needing a job, guess wherever they can make a living will be the place they call home.

For the rich, they absolutely can choose wherever they want to live …  cost is never really a factor. Else, all the rich buggers in Manhattan would have moved to New Jersey (since it’s only across the Hudson River). Why is that not happening?

For these reasons, I don’t see the rich foreigners shifting (their money) over to Toronto in significant number, let alone Montreal, or for that matter anywhere else in Canada.

That said, realtors in Vancouver shouldn’t worry too much about loosing the Goose that laid the Golden Eggs. Even there is a setback as a result of new taxes. I believe it is only temporary … The rich guys will come back – Vancouver is the “Chosenland”, she just got the right Geo-Fengshui mix.

Stay positive, be optimistic. All is well.

On a related note, I always think Toronto Official Plan got it wrong with their so call “Intensification” idea – that postulated an Utopia where everyone lives in highrise buildings, take public transport so much so that some of the new condos don’t even have car park in the basement … They believe in things like people should be walking to do grocery.

While this is fine and dandy with single yuppies – Incidentally, there are numerous “single” heads in the City administration eg. the Chief Planner is a single lady, so is the Chief Building Official … so I heard. And if this is true, I wonder if they can imagine what is it like for majority of the population – families?

Fair enough, maybe families should live in the suburb. But is there such thing as “suburb” in Toronto?

Now listen to Eagles’ Hotel California for a clue: ” … So I called the captain, “Please bring me my wine”, he said: “We haven’t had the spirit here since 1969.”

We will save this for another topic.