If I’ve read one story about a possible U.S.-style housing bust in Canada, I’ve read a hundred.

Indeed, the Toronto-centric national media, whose world view apparently extends from the Don Valley Parkway to Highway 427, seem absolutely obsessed by the topic. Barely a week goes by without another breathless warning from some Toronto economist, columnist or TV news anchor about a looming price collapse.

It’s complete nonsense, in my opinion. For starters, there is no national housing market. Prices vary wildly from place to place, and always will. So while Toronto or Vancouver look pricey, many other cities — including Edmonton— simply don’t.

Of course, I’m just a newspaper scribbler. But when one of the world’s top economic forecasters says the gloom and doom crowd is out to lunch, well, that’s not as easy to dismiss.

Stefane Marion, chief economist and strategist at Montreal-based National Bank, was recently ranked among the top 20 forecasters in the world by U.S.-based Bloomberg Markets magazine. He’s the only Canadian to make that prestigious list.

In Marion’s view, those who insist that Canada’s house prices are “bubbly” — as Britian’s Economist magazine recently argued, and as The Globe and Mail dutifully reported — simply don’t understand what drives housing in the first place.

The big reason? Immigration. Newcomers accounted for fully 60 per cent of Canada’s population growth last year, he says, far more than the U.S. or Europe.

What’s more, 55 per cent of those newcomers are between the ages of 20 and 44, when many are launching careers, getting married, starting families, and yes, buying new homes.

Japan is at the opposite end of the spectrum. Its aging population, low birth rate and aversion to immigration curbs demand for housing. Yet the same Economist article that slammed Canada’s housing market as bubbly argues that Japan’s house prices are “undeservedly flat,” Marion says.

“If you don’t have household formation where are your home prices going to go? That’s the key right there. That’s where Canada really, really is different from other countries,” he says, notably in high-growth provinces like Alberta.

“It does explain why the new housing market or home resale market in Alberta seems to be so tight all the time. This is key. Household formation is just surging,” he says. “So it fascinates me that we have economists coming out and taking a shot at Canada and not taking that into account.”

That was one of several key insights Marion offered to local bank clients and advisers at a packed luncheon that was organized by Angus Watt, managing director, individual investor services at National Bank Financial.

“We are now close to the tipping point from improving confidence into expanding capacity,” Poloz told a Vancouver Board of Trade audience on Wednesday.

Looking ahead, Marion says he expects those demographic trends to continue over the next five years. In the key 20-to-44-year age cohort, he expects India to lead all nations in population growth, at seven percent, followed by Canada, at four per cent. On the flip side, countries like Germany, France, Italy, Russia, China and Japan will show marked declines.

“Alberta would be just behind India, at six per cent. So that shows you how potent this growth is for Alberta. Alberta actually has the dynamics or properties you’d normally see in emerging economies.”

Turning to the oil markets, Marion says despite declining U.S. consumption, falling imports and soaring production — up an astounding 47 per cent in the U.S. since 2006 — Canada’s exports south of the border remain strong.

The biggest loser? OPEC, whose share of U.S. imports has declined from 55 per cent in 2008 to just 46 per cent last year, he says.

“By next year the U.S. will produce as much crude as it did in the 1980s, so we have to cope with this energy revolution in the U.S. . . . but Canada is shipping as much oil and petroleum products to the U.S. as all of OPEC put together. I never thought this would happen anytime soon, so that’s a big, big deal.”

As for TransCanada’s proposed $12 billion Energy East oil pipeline, which would carry Alberta bitumen to refineries in Quebec and New Brunswick, Marion says the potential economic upside for Canada is big, since it would displace higher-priced Brent crude imports from unstable countries like Algeria, Kazakhstan and Angola. 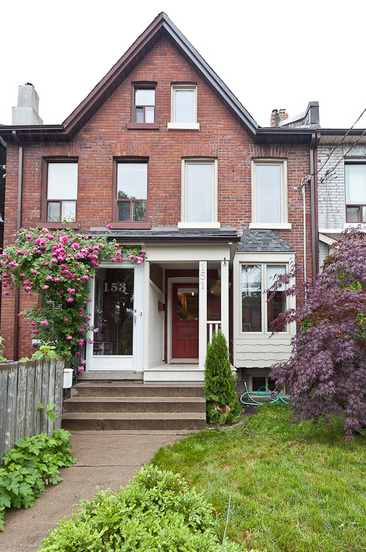 « Stephen Poloz isn’t worried about a housing bubble. Why should you?
Record Toronto price gap between house & condo means Canadian value is falling apart or what ? »