Canadian house prices may be seen by some as among the most inflated in the world, but observers on the home front don’t see problems on the horizon.

A year ago, the housing market was suffering from new mortgage rules brought in by the government to cool things off. Now, homebuyers appear to be rushing to beat higher mortgage rates, driving up sales and prices.

As The Globe and Mail’s Tara Perkins reported this week, sales across the country picked up by 11.1 per cent in August from a year ago, and 2.8 per cent from July. Average home prices rose 8.1 per cent over the 12 months, while the MLS home price index climbed 2.8 per cent. The Canadian Real Estate Association also updated its forecast for 2013 sales.

Some observers, such as the Organization for Economic Co-operation and Development, have ranked Canada’s housing market as among the world’s frothiest, but Canadian economists and the Bank of Canada don’t see a problem at this point.

“I don’t perceive that there is a bubble in Canada’s housing market,” central bank Governor Stephen Poloz said this week.

The way he sees it, The Globe and Mail’s Barrie McKenna and Brent Jang reported, markets have reacted to the changes in mortgage rules “in a way which has in effect engineered a soft landing, a much more comfortable kind of situation.”

Canadians have a debt problem – the key measure of a consumer’s debt burden now stands at a record level – which is why Finance Minister Jim Flaherty and Mr. Poloz’s predecessor Mark Carney urged households for months to put a lid on it. Which they have, to an extent, because credit growth has slowed.

“What I have been suggesting, though, is that people take care to do the arithmetic,” Mr. Poloz said.

Read More @ The Globe and Mail

Meanwhile, you may to consider spitting out  $8M bucks for Mulroney Mansion …

The house belongs to former Prime Minister of Canada Brian Mulroney, and his wife, Mila Mulroney. 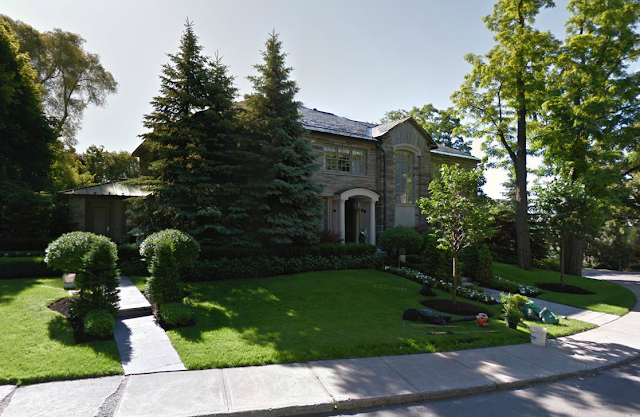 It is currently evaluated at $4,100,000 (probably not too far off).
And not only did the Mulroneys do renovations over the last 20 years, a lot of attention and care was put into this house because this house is….
As in……this house is DONE.
Top to bottom.
As in…..it is REALLLLY decorated.
There are lots of fancy fabrics, and curtains, and lamps, and books, and lot of art like this sweater… 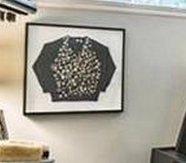 Kind of weird for a gym, no?
This is a 5+2 bedroom and a 5 bathroom house.
It has a pool, a playroom, a gym, a walk-in commercial fridge, and apparently a safe in the basement.
But what does this mean?
‘Fireplaces and chimneys are sold without legal warranty with respect to their compliance with applicable regulations and insurance company requirement.’
That doesn’t sound good.
This house is listed at $7,950,000.
Which could explain the 25 Av. Forden price drop!  Especially considering that this house has more than 3 bathrooms!
But will either sell that high?
Since none of those curtains or chandeliers or sconces are included, and they alone probably cost about $1,000,000…
I would say most likely not.
It will probably won’t sell as low as the evaluated price, but I would say that it will sell closer to the evaluated price than the current asking price.
And in case you are wondering why the agent included a listing shot of the front of the house with all the gardener’s tools above, there was no shot of the front of the house so that photo came from Google Street View. 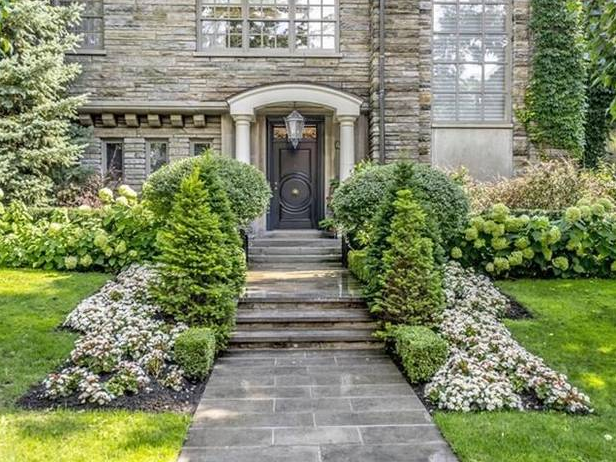 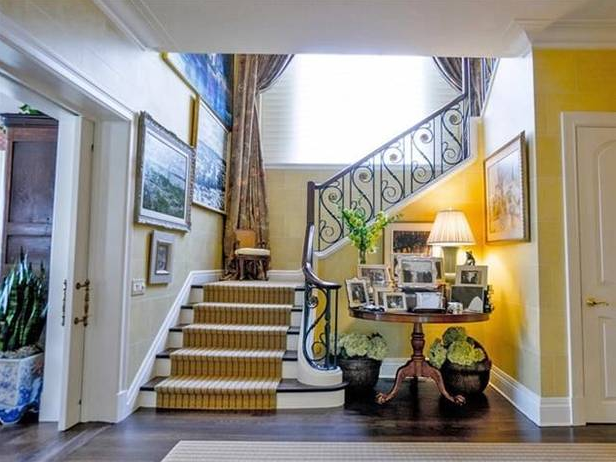 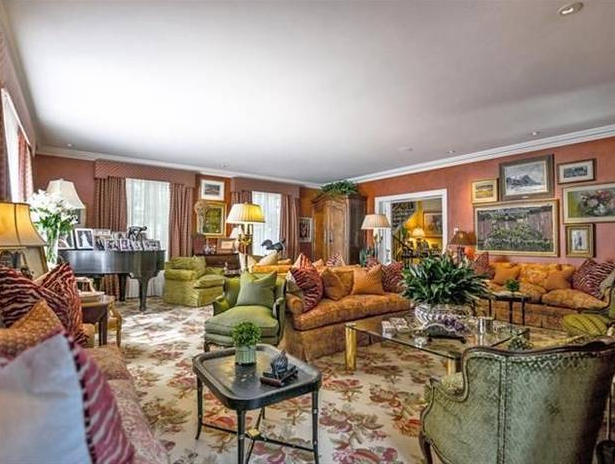 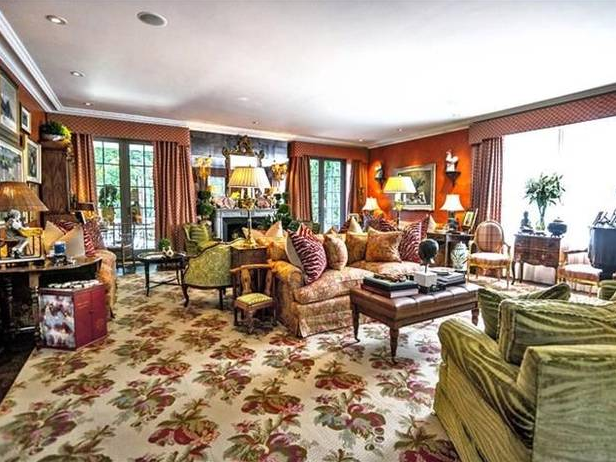 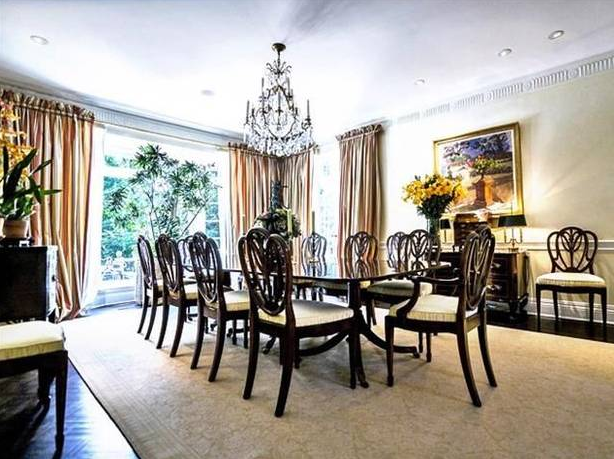 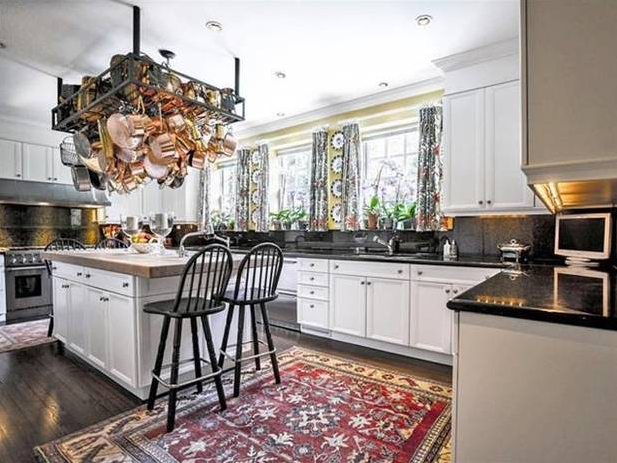 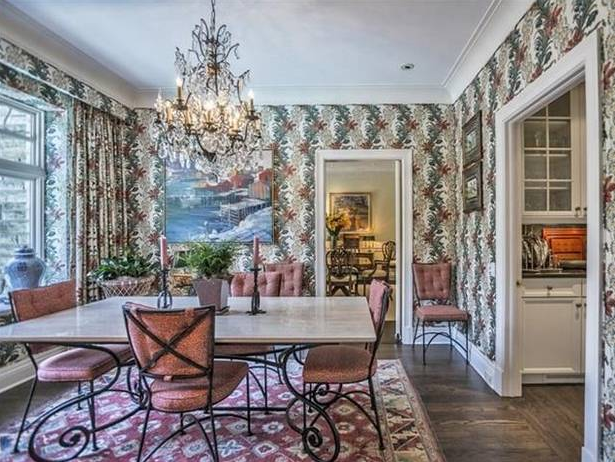 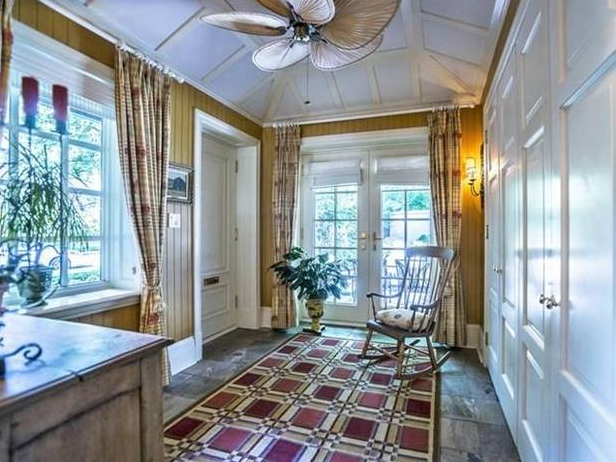 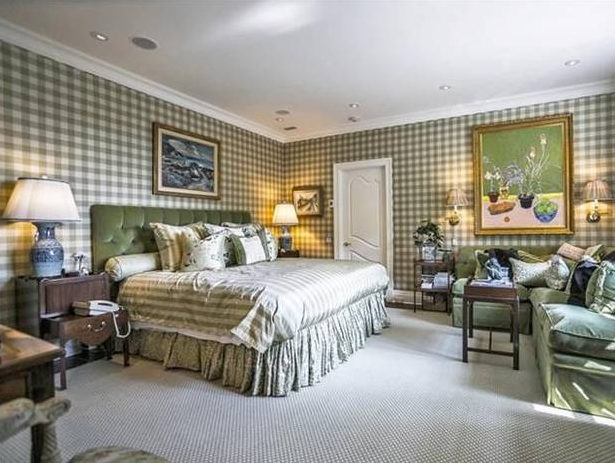 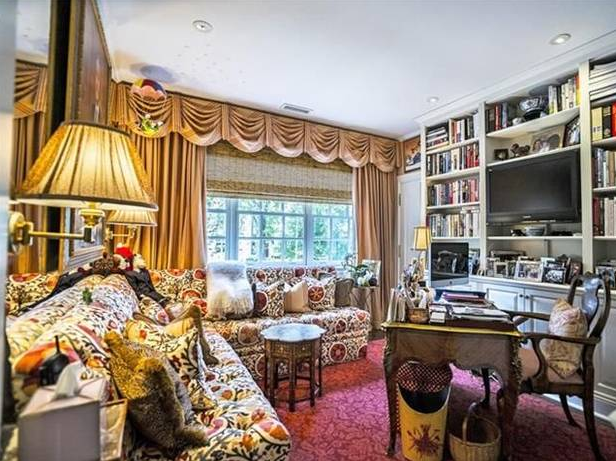 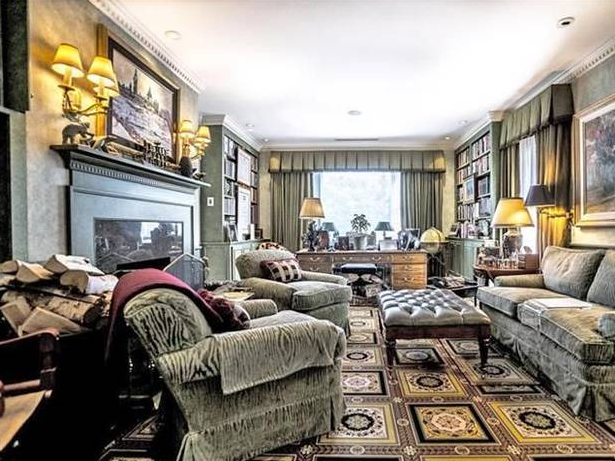 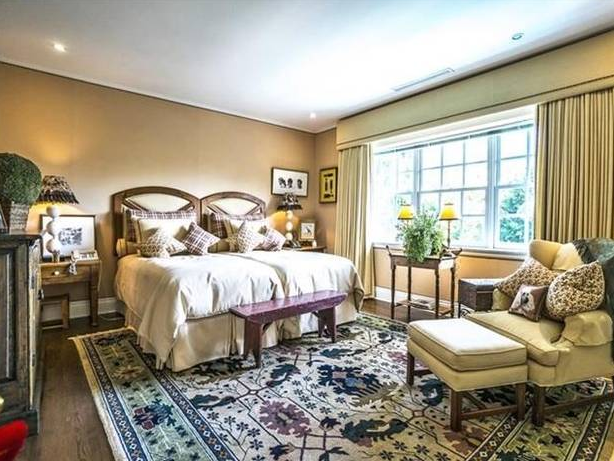 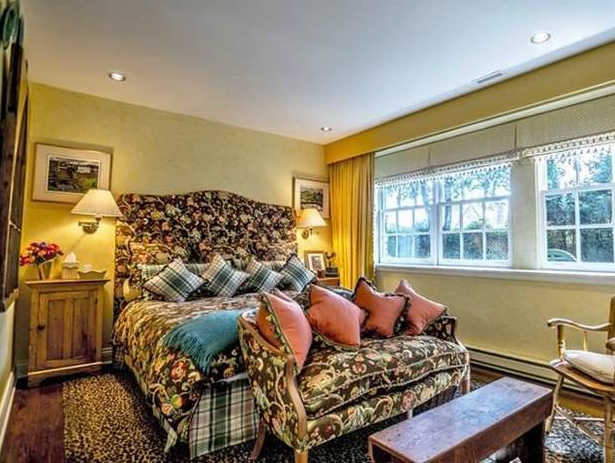 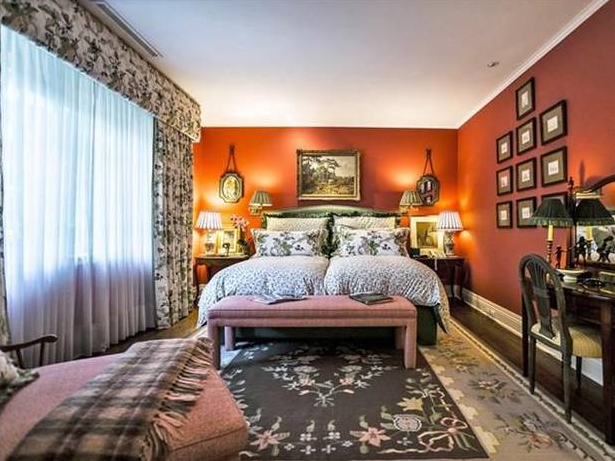 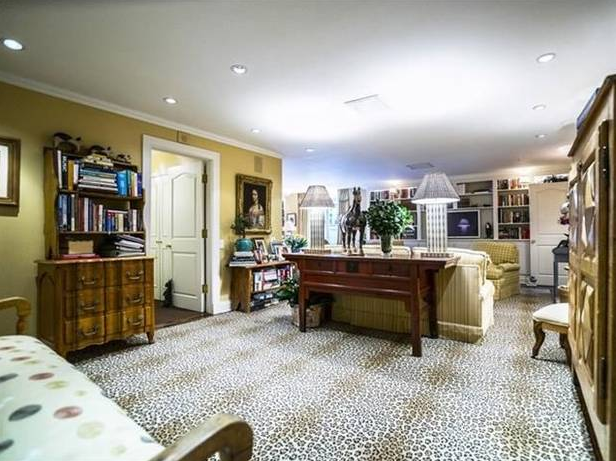 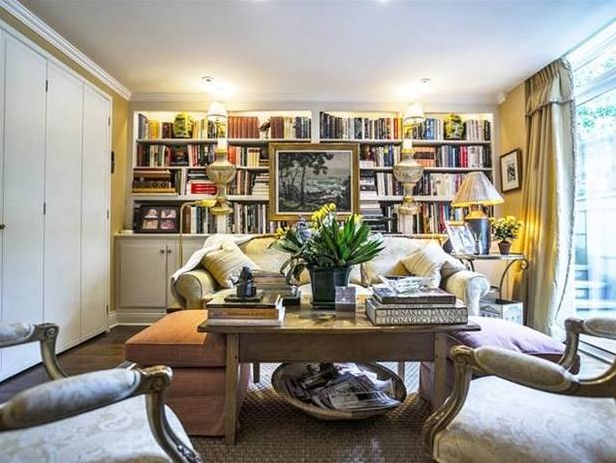 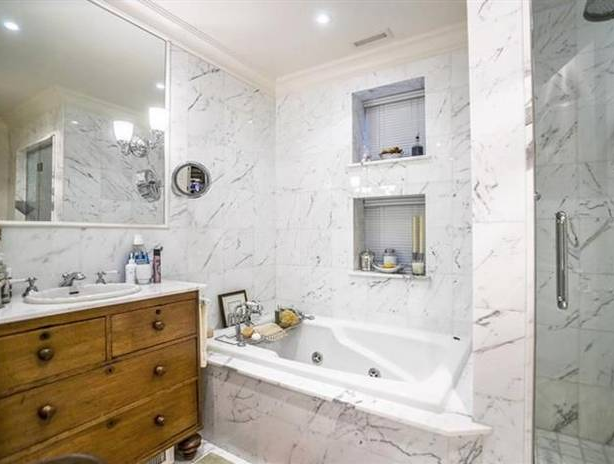 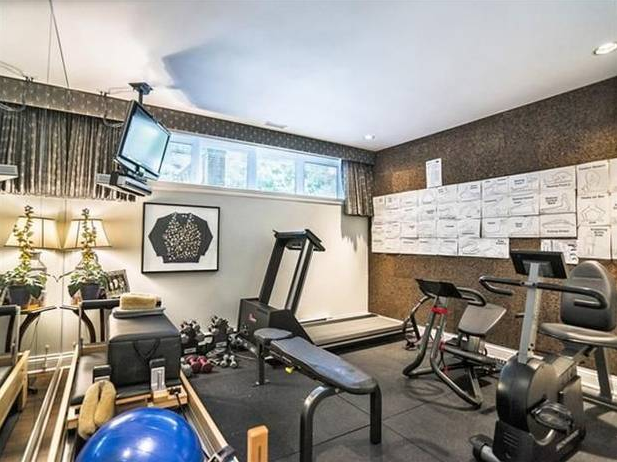 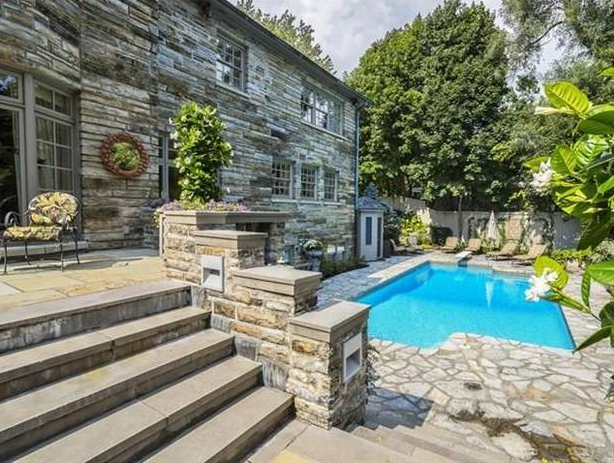 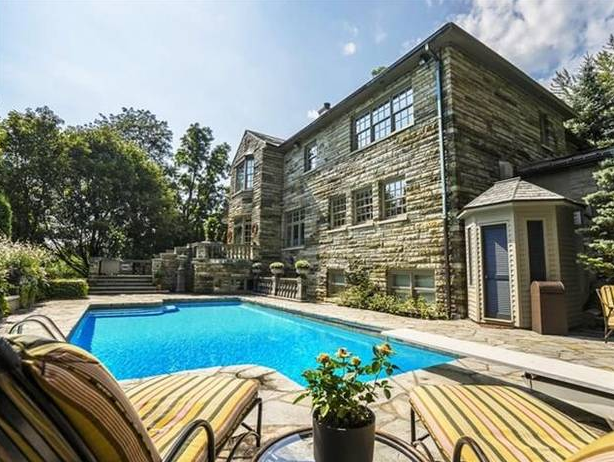 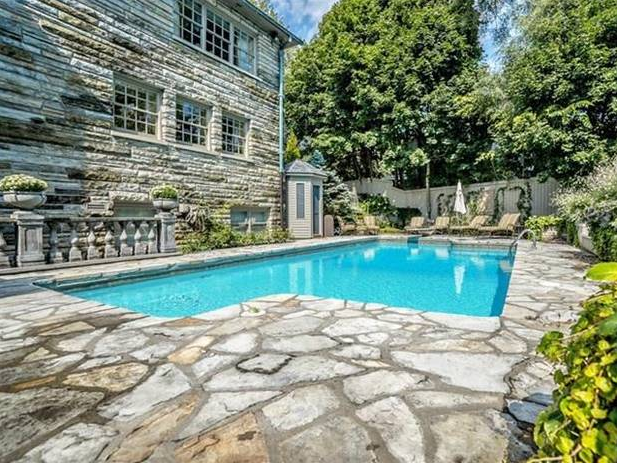 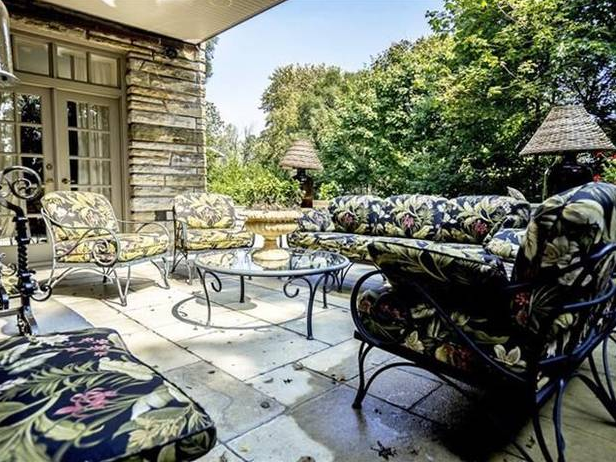 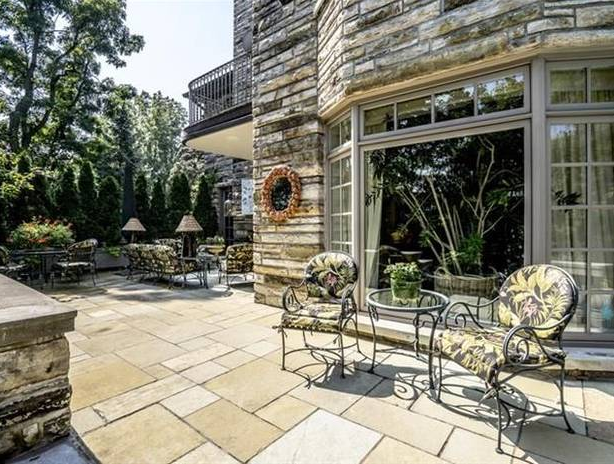 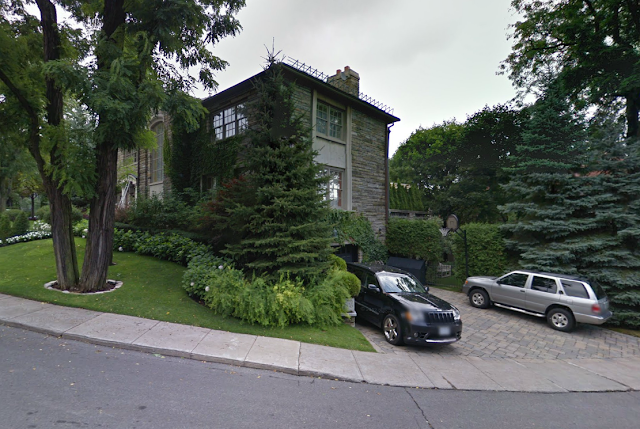 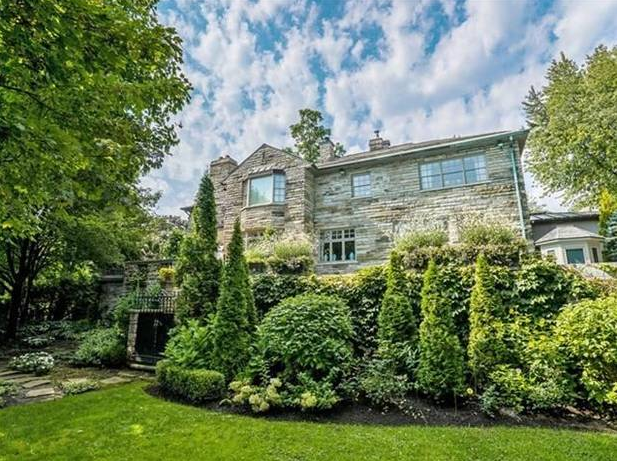