Mayor Rob Ford said he was “surprised, very surprised” to learn that his friend and sometime-driver Sandro Lisi has been charged with several drug-related offences.

“He’s a good guy,” said Ford. “And I don’t throw my friends under the bus. Like I said he’s straight and narrow, never once seen the guy drink, never seen him once do drugs.”

Sandro Lisi, a friend and occasional driver to Toronto Mayor Rob Ford, was charged Wednesday with possession and trafficking of marijuana, conspiracy to commit an indictable offence and possession of the proceeds of crime.

Toronto police raided Richview Cleaners and the home of Sandro Lisi, a friend and occasional driver for Mayor Rob Ford.

Conspiracy charge against Lisi is related to a home invasion at the Etobicoke bungalow of Ford’s former classmate, Fabio Basso, where the alleged crack video in question may have been filmed

“I’m surprised, I’m very surprised,” Ford told reporters Wednesday afternoon, Oct. 2, in an impromptu news conference at a gas station near his home. “It’s before the courts — obviously I can’t say much.”

Ford made the comments after Lisi, 35, was arrested and charged with possession of marijuana and trafficking marijuana under $1,000, conspiracy and possession of the proceeds of crime.

Lisi was arrested as part of a Tuesday, Oct. 1 raid on his home at 250 Wincott Dr. along with another man, Jamshid Bhrami, 47. Police later searched Bhrami’s dry cleaning store.

A neighbour of Alessandro Lisi says Mayor Rob Ford has been a regular visitor to the accused drug dealer’s house, as many as four times per week. According to a Toronto police release, the arrests are part of an ongoing investigation. The Toronto Star has reported that Lisi has been under investigation by a specially formed police squad over allegations that he and Ford staff-member David Price tried to retrieve an alleged video seen by two Toronto Star reporters, apparently showing the mayor smoking crack cocaine and making various racist and homophobic remarks.

The Toronto Star previously reported that Lisi had been searching for a video that allegedly showed the mayor smoking what appeared to be crack cocaine.

The scandal broke in May, when reporters from the Star and the U.S. website Gawker reported they were shown such a video.

Ford has denied the existence of the video.

At a news conference, Ford said, “I do not use crack cocaine” and called the allegations related to the video “ridiculous.”

Lisi was described as a friend of Mayor Ford and an occasional driver for him.

Ford acknowledged that Lisi is a friend.

“He’s a friend, he’s a good guy and I don’t throw my friends under the bus,” said Ford. “He’s straight as an arrow and I’ve never once seen this guy drink. Never once did he do drugs.”

Ford also scolded media, who had attempted to interview him as he left his Etobicoke home.

“You know what bothers me is you guys coming to my house, my front door,” said Ford.

“That’s pretty bad. We can set up something but don’t come to my front door again, I’d appreciate that. I don’t go to your front door. I have kids, we’re getting ready to go away and you’re literally on my driveway, two feet away.”

Ford is leaving town on a trip to Austin, Texas, where he and a delegation of city councillors and music industry leaders are to try to glean lessons from the city as to how to better brand Toronto as a music-friendly town.

“I’m going to go down there and create jobs, stimulate our economy,” said Ford. “It’s a huge opportunity for us and I can’t wait to get down there and concentrate on bringing the music industry to this great city.”

Scarborough Southwest Councillor Gary Crawford, who is also going on the trip, said he hoped the mayor’s ongoing troubles wouldn’t overshadow the purpose of the visit.

“I’m hoping this latest controversy doesn’t follow us down. I’m there to focus on music, the mayor’s focussing on music, I think everybody down there is going to be focussing on the importance of the music industry in this city,” he said.

Now, back to the real estate business … We heard of all sort of “Condo Scams” happening right under the nose of Rob Ford office, what takes ?

Toronto Mayor Rob Ford caused a stir Friday night when he dropped in on the annual Taste of the Danforth street festival. In a series of videos uploaded online, the mayor is at times unintelligible, sometimes swaying on his feet and repeatedly telling people “Let’s go party.”

Videos uploaded online describe Ford as “drunk” and “wasted” and a request for comment from the mayor’s office garnered no response on Saturday. However, on his Sunday radio show Ford co-hosts with his brother Doug, the mayor admitted to having had “a couple beers.”

Ford was arrested on charges of drunk driving and marijuana possession in Florida in 1999, and the Toronto Star has previously reported about the “open secret at city hall that the mayor has battled alcohol abuse.” 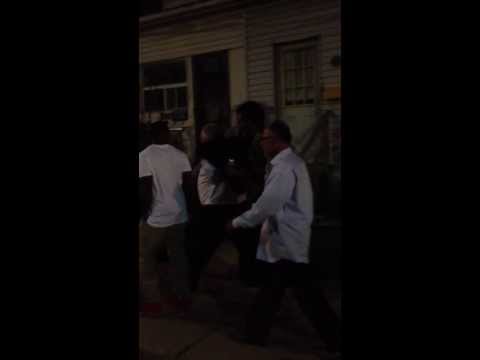 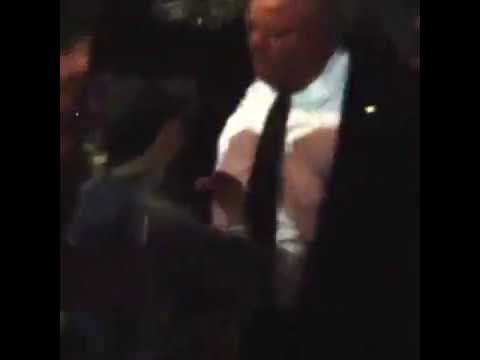