As house prices rise, Fitch warns Canada may have to act again

Along with a new report today showing Canadian home prices still rising comes a warning from a credit rating agency that the government may have to intervene in the housing market yet again. 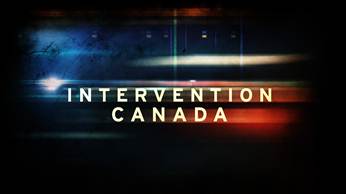 According to Joe Economist who is a self-proclaimed spokesperson for the property owners, the answer is simply Nope.

Because history has proven government intervention is futile and only serve to mess up the market that is dictated by no one but  the Law of Nature (and a bunch of Mafia in this case ?).

Well, Ottawa has  tried to messed with the market by tightening this, screwing that … And the end result is nothing but still the same. What changes is ever increased inflation, among others negative effects – something the government denies, but everyone can feel it directly.

According to Law of nature, market is determined by God. Therefore, no one should play God, and the government is no God not even a deity.

What our Lord in Ottawa has done will serve to achieve one thing only … worsening the impact of the eventuality. If the end is indeed as gloomy as what this Fitch guy or most of the banks think.

The whole thing may end in a very different fashion than what this economist, or that finance guru may imagine … Joe Economist predicted it will end up in a very unprecedented way … only whether it will be positive or negative.

Hopefully it will be a positive one.

Joe Economist shall delve into this mega topic shortly …

Meanwhile, The Globe and Mail says: –

Fitch Ratings, which has believed for some time now that the residential real estate market is overvalued to the tune of about 20 per cent, warned that heavy consumer debt levels have “made the market more susceptible to market stresses like unemployment or interest rate increases.”

The credit rating agency doesn’t believe the jobless level is going to spike, but it doesn’t see interest rates easing further, either.

“Both property sales and building permits for residential construction have picked up in recent months,” Fitch said in today’s report.

“Home prices also continue to be supported by historically low interest rates and a lack of supply in the major metropolitan areas; these factors have propped up affordability and drive demand.”

Fitch noted the many steps Canadian policy makers have taken over the past few years to “mitigate some of the risks,” including those from the government, the banking regulator and Canada Mortgage and Housing Corp.

“However, the long-term impacts remain unclear, and policy makers may be required to take additional steps over the short term to engineer a soft landing.”

The Fitch report came just a new reading of Canada’s housing market showed prices continued to rise in June, though lagged for what’s generally expected in that month.

And a related commentary …

Canadian housing economist Will Dunning says that actions the federal government took to cool the housing market back in 2012 could make any price declines in Toronto’s condo market worse in the years to come.

“If and when there is a correction in the condo market, the severity will have been aggravated by the actions of the federal government, which elected to depress demand at a time when demand was already beginning to weaken organically and a wave of supply has been developing,” Mr. Dunning writes in a new research note.

Former Finance Minister Jim Flaherty tightened the country’s mortgage insurance rules four times in the years after the financial crisis, as he sought to stem the rise of consumer debt levels and home prices. Mortgage insurance is mandatory in Canada when a federally-regulated bank sells a mortgage to someone with a down-payment of less than 20 per cent. The changes included cutting the maximum amortization of an insured mortgage to 25 years from 30.

Many economists have said that Mr. Flaherty’s moves were wise, and that the housing market would have become more inflated and prices more overvalued without them.

But Mr. Dunning, who does his own research on Canada’s housing market and also does work for the association that represents mortgage brokers, suggests that the success of the mortgage insurance rule changes is yet to be determined.

He sketched out a scenario in which Toronto’s condo prices would fall by about 10 per cent, as a result of rising supply and falling demand.

Mirror, mirror on the wall, what’d ya say?