GTA home sales fall in May while prices climb

The jump in price was driven by a tight low-rise segment of the market and particularly by single-detached and semi-detached home sales in Toronto.

More than 10,000 properties were sold last month across the GTA in a real estate market which is down nearly 3.5 per cent from May of last year.

Sales of single detached homes rose almost one per cent and prices in that segment included a three per cent year-over-year increase.

The average selling price for real-estate across the city in May was $542,000, up by 5.4 per cent in a year. Condo sales were weak, down over nine per cent compared to a year ago, but prices rose slightly.

Toronto home sales fall in May but prices still rising 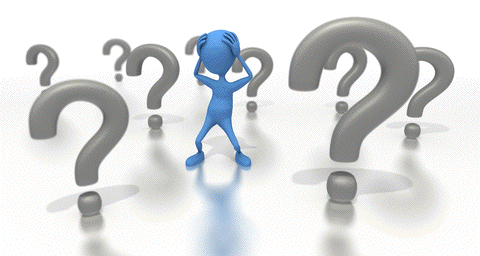 In Toronto, real estate prices pose a puzzle: Why so high?

“We are surprised that they’ve actually picked up,” says Mr. Guatieri. “They’ve now popped back to record highs.”

CAROLYN IRELAND
The Globe and Mail

Anybody watching the Toronto real estate market this spring has noticed how fickle house hunters can be, but what really has some economists baffled is the fact that buyers have nudged resale house prices up for three consecutive months.

Mr. Guatieri points out that people who are keen to buy in the spring have to compete for relatively scarce detached houses available. “As we get into the spring market, we tend to see stronger demand and perhaps that is lifting prices.”

Meanwhile, some sellers are hesitant to list or have pulled their properties off the market if they don’t get the price they are looking for. Toronto hasn’t seen the pressured selling that caused the U.S. house price meltdown, he adds.

The market in much of Canada began losing steam last July after the federal government tightened rules surrounding mortgage insurance and amortization.

In the GTA, a relatively cool spring market has been enlivened by sporadic heated bidding wars.

Ken McLachlan, broker at ReMax Hallmark Realty Ltd., says houses in the segment above $1.5-million in Toronto are sitting around a lot longer these days. But below that mark sales are still quite good – if a bit spotty.

Mr. McLachlan says some agents have not experienced a slower market and he has to remind them that in the past it was not unusual for a property to sit on the market for 30 days or more.

He also advises agents to manage the expectations of sellers and not to make promises they can’t keep.

“They expect it to sell overnight,” he says of many homeowners. “The market is called the market because it’s ever-changing.”

Sales have slumped because there aren’t enough listings – especially in popular areas, he says.

Mr. Guatieri points out that detached houses are no longer affordable for many buyers in high-priced Toronto and condo units are the only option for many purchasers.

“Affordability is strained in the detached market.”

He still expects real estate prices in Toronto to resume their moderate decline over the next couple of years.

“It certainly seems a stretch to believe house price growth will continue to outpace income growth.”

A sharper drop is unlikely in his opinion, but he cautions that lofty prices could be vulnerable to a shock in the form of a spike in interest rates or swelling unemployment.

As for the condo market, Mr. Guatieri still sees strong underlying demand despite the recent downturn in the market for new projects. New home sales plummeted 44 per cent in April in the GTA compared with April, 2012. Both high-rise and low-rise sales tumbled. Builders have pulled back on new projects in the low-rise market, according to RealNet Canada.

Mr. Guatieri points out that more than 250,000 condo units are currently on the drawing board in some phase of the planning process. There are 55,000 condo units currently under construction. But banks are not lending as easily and builders are deferring some projects.

“Unless you see a huge bounce-back in demand, it’s unlikely all those condos in the planning phase will come to fruition. Builders have slammed the breaks on.”

Toronto boasts a population of more than 2.7 million people and its real estate market is often under a lot of scrutiny from well-known economists and real estate experts says KANETIX. The Toronto housing market is constantly being watched by investors and residents so they can strategically plan their purchase and also take advantage of any declines in housing prices.

Despite rumors of downward pressure, there are several factors that are keeping the housing market relatively stable, balanced and healthy. While many areas in Canada have posted declining housing prices for the last six months, several areas, including Toronto, posted gains in April. With a closer look at the housing market trends in Toronto-trends that include an improving economy and a high-demand for property-residents and investors will see that the market is likely to remain relatively strong in the coming months and throughout 2014. With mortgage rates in Toronto at new lows it would appear there in no end in sight.

Growing Population and an Improving Economy

Toronto is currently the country’s leader in urban population growth, increasing by 9.2 per cent since 2006 (compared with the average national increase of 5.9 per cent). Stable growth in the economy is expected to continue through mid-2013, and is projected to gain momentum toward the end of 2013 and into 2014 according to the Canada Mortgage and Housing Corporation (CMHC). A growing population, coupled with a growing labour force, may help to produce continued gains in the housing sector for Toronto, Canada.

While Toronto has experienced declines in new housing starts, property in the area remains in high demand. The CMHC reports that one reason for the stall in new housing is due to the large number of apartment complexes currently under construction. More construction, and subsequently more housing construction, is expected to be carried out pending the completion of these units. The Halton area of Toronto has already reported an increase in housing starts for the month of April.

The average MLS (Multiple Listing Service) price for existing home sales in 2013 is $382,200, though this is expected to increase to $390,000 in 2014. This modest growth is anticipated to keep pace with the low inflation rate, or may fall slightly below the rate of inflation. The rather flat housing prices coupled with low interest rates will continue to make homeownership attainable for those who strive to purchase property in the area.

Increasing prices in certain areas highlights a strengthening market. Single-detached homes in particular show promise, with prices increasing 7 per cent from the same quarter in the previous year.

While some prices remain high in spite of low home starts and sales, the region has also reported “robust employment gains” according to CMHC, which may keep high prices appealing. Despite the fact that the resale market has not shown substantial growth, CHMC asserts that the greater Toronto area remains balanced.

Home Sales & the Demand for Housing

Home sales in Ontario peaked in the first part of 2012 with 196,383 units sold, although this rate was projected to decline to 191,300 units for 2013. With improving economic conditions toward the end of 2013 and early 2014, however, the projection of units sold for 2014 may be as high as 201100. Aggressive Ontario mortgage rates could likely help foster this growth.

While economists and real estate experts projected a cooling market earlier in the year, recent reports indicate the market in Toronto has taken a step forward for spring of 2013. Home sales in May were up 24 per cent from March. While the pace at which housing prices in the area are growing has slowed, housing prices in Toronto were still up 2 per cent in April, marking the average price of a home at $526,335. April reports also indicate an increase in demand for luxury single-detached homes.

It is important to note that different economists have different outlooks on the housing market in Toronto. While analyzing current data and statistics can provide important information about market trends and can help to project trends in the coming year or two, any major changes to interest rates or to the local or national economy could alter these trends.

Currently, housing starts in The Greater Toronto Area are moderately stable and reasonable for the area’s rate of population growth, economy, and employment rate. Additionally, interest rates are expected to remain low for the coming months. Those who are waiting for housing prices to reduce, or who are waiting for the real estate market to decline rapidly may be disappointed if current market trends hold true.

The strength of the Toronto market perhaps truly lies in its location-where the demand for rental units continues to grow rapidly. While part of the increase in leasing is due to new mortgage restrictions, those desperately seeking in-demand property in this popular area are now facing a vacancy rate that is “barely above one per cent,” states to Urbanation’s Director of Market Research, Pauline Lierman. As a result, the Toronto housing market may soon see increases in both existing home and multi-family unit home sales.