Toronto’s skyline, known for the towering cranes that drove Ottawa to tame home prices, will soon be dotted with several more.

Canada’s biggest city already tops the list for the most high-rises and skyscrapers under construction in North America. It was also Toronto’s frothy condominium market that helped push Finance Minister Jim Flaherty into his fourth round of mortgage restrictions almost a year ago. 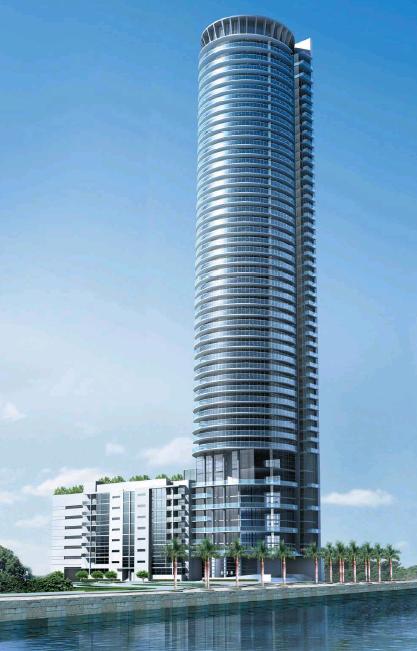 Canada’s surprisingly resilient high-rise condo sector is being credited with pushing housing starts in May far higher than expected.

Canada’s high-rise condo sector remains surprisingly resilient a year after the housing market started to soften, and it’s being credited with pushing housing starts in May far higher than expected.

Despite mounting concern about a slide in prices, Toronto’s condominium developers barreled full steam ahead in May hiring more workers to start construction amid a pickup in new projects being launched.

Construction began on about 2,400 condominium units in May, according to fresh figures released by the Canada Mortgage Housing Corp. Monday – a strong pick up compared to previous months when project launches ground to a halt amid fears that oversupply could lead to a sharp downturn in prices.

The May surge may exacerbate those concerns as the number of unsold units being built adds to high inventories.

“These are projects that opened up when the market was very strong,” Shaun Hildebrand, executive vice-president at Urbanation, a market researcher, said.

Now, fresh numbers released Monday by Canada Mortgage and Housing Corp. showing a surge in construction suggest it’s too early to shelve fears of overbuilding. That underscores Mr. Flaherty’s comments just last week that he continues to worry about Toronto condos, and he’s keeping a close eye on that market.

The number of new Canadian homes on which construction began in May was much higher than projected, led by condos in Toronto, according to the CMHC data.

Developers say this stems from condos that were presold last year and the year before, and does not indicate a rebound.

While still down overall from last year when sales started slumping in the face of fears about the housing market and tighter mortgage lending rules, high-rise condo construction starts came in 22 per cent higher in major urban centres in May compared with April.

Single-family home construction was far more subdued and saw just a three per cent increase month over month, according to figures released Monday by the Canada Mortgage and Housing Corporation.

The gains were mainly in Ontario, where urban areas saw an almost 70 per cent jump in starts in May over April.

Canadian housing starts climbed in May to an annual pace of 200,178, while economists had been expecting fewer than 180,000. The number of urban starts rose nearly 15 per cent, fuelled by a 22.2-per-cent jump in construction of homes with multiple units (such as condominiums), compared to a 3-per-cent increase in starts of single houses.

It has become increasingly difficult for economists to accurately forecast housing starts. Heading into 2012, they were generally certain the blistering pace of new construction would abate, but for most of the year, it did not. Toronto’s condo market, especially, defied expectations, prompting many economists to boost their forecasts for this year.

“With the condo apartment construction market opening the year on a softer note, the backlog of condo units sold for the most part in 2011, but not started, resulted in stronger numbers in May. This, in tandem with low-rise homes (singles, semis and rows), pushed total housing starts higher,” said Ted Tsiakopoulos, Ontario regional economist for CMHC.

Starts were also up in rural areas, but by a more modest 7.5 per cent, noted Scotiabank Economics.

George Carras, president of RealNet Canada Inc., which gathers and sells real-estate data, suggested that part of the problem is that the way the numbers are analyzed hasn’t changed since condos came to be such an important force in the market.

Back when subdivisions of single-family homes were the driving element of the data, it was less volatile. A builder who planned to construct 300 homes in a community might do so five at a time, spacing starts over a long period, Mr. Carras said. “The data was a lot more smooth. Now, when it’s a high-rise, you can’t file for 10 of the 300 units, you file for all 300.”

Mr. Carras is of the view that the swift pace of new condo construction in Toronto is simply making up for the decline in construction of single-family homes that is occurring in part because of government policies designed to restrict urban sprawl and promote downtown intensification.

Other data released earlier this month showed that the value of building permits issued in April jumped 10.5 per cent on the back of a 51.9-per-cent surge in multiunit residential permits. That could imply even more condo construction down the road.

“Starts that are announced today are indicative of what happened a year or more ago,” Jim Ritchie, a vice-president at developer Tridel, said of the condo market.

“What you’re seeing now is the building permits and housing starts are related to projects that were conceived and marketed a few years ago, and are now being implemented,” condo developer Steve Diamond added. “There is no question that the federal government’s moves have resulted in a slowdown of new sales, particularly in the high-rise component. There has clearly been a down-scaling of the number of new high-rise projects that are now being marketed.”

Economists still expect housing starts to level off this year.

“We do not believe that May’s jump in housing starts in Canada is the start of a trend,” said Marc Pinsonneault, an economist at National Bank of Canada, who noted that most of the increase came from condos in Ontario, with a full three-quarters of it occurring in the Greater Toronto Area.

The Bank of Canada and the federal government have long worried about Canada’s housing market continuing to expand beyond fundamental levels because of the potential for a sudden and steep crash once interest rates start to rise, which would not only put many homeowners’ finances in jeopardy, but could also sideswipe the economy.

One encouraging element in the May numbers — for those who subscribe to the soft landing scenario — is that most of the gains came in the notoriously volatile condo market, which registered a 22.2 per cent jump in starts to 114,346 units annualized. Single urban starts rose only three per cent to 62,888 units.

In actual starts, there were an estimated 18,301 actual starts last month which would equate to a seasonally adjusted annual rate of 200,178 starts.

Urban starts increased 14.6 per cent in May to 177,234 units, led by gains in Atlantic Canada and Ontario, while the Prairies saw little change and British Columbia and Quebec decreased.

New housing already purchased and in the pipeline continues to propel the Canadian real estate market but worries persist about what happens when that tap turns off.

Canadian housing starts rose at their fastest pace in more than a year in May on a surge in condominium construction, CMHC reports

For now, the industry got another bit of good news Monday with Canada Mortgage and Housing Corp. saying new home construction or starts reached the lofty 200,000 level in May on a seasonally adjusted annualized basis.

“Gains in the multiple starts segment partly offset the moderation in activity that was observed in previous months, especially in Atlantic Canada and Ontario. As a result, the trend in housing activity remains close to its historical average and is in line with estimates of household formation,” said Mathieu Laberge, deputy chief economist at CMHC.

While these numbers paint a good picture, most of the construction going on today is of previously sold units rather than a sign of fresh interest in the housing market, said Benjamin Reitzes, senior economist with Bank of Montreal.

“Before you put shovels in the ground for multiples, you need to sell a majority of the units,” he said. “Some are concerned if all these units hit that market at the same time you will get a flood of units and a lot of them being owned by investors who will bail out.”

Ben Rabidoux, analyst and strategist with U.S.-based Hanson Advisors, said we are seeing a last hurrah in the housing sector before a glut of homes hits the market.

“The condo market is very well supplied to begin with in the resale and new front. Even if they presale to 80%, they don’t sell to just end users, there are investors,” said Mr. Rabidoux. “The demand is not there from end users. It’s simple economics, it can’t continue.”

The jump in May housing numbers comes on top of news Friday from Statistics Canada that the economy added 43,000 construction jobs. StatsCan also reported that municipalities issued $7-billion in permits in April, up 10.5% from March.

Mr. Reitzes allows that those numbers may not hold up but over the long term, but he says fears we are overbuilding may not be justified. Housing starts over a 25- 30-year period are about 180,000 annually which is close to what is demanded by Canadian household formation. And he says any decline in sales is coming gradually enough that there won’t be a crash.

George Carras, president of RealNet Canada Inc., noted high-rise sales in the greater Toronto area are off 12% year to date from the 10-year average while low rise sales are down 45%.

He said the market is now in “uncharted territory” because there are 242 condo projects in the GTA under construction as of the end of April that translates into 63,237 units — an all-time record.

“About 70% of those units have been presold to people with binding agreements,” said Mr. Carras. What isn’t known is whether the bulk of those units will hit the market and add to record number of existing units already for sale in some cities.

The impact has been felt on rental rates in Toronto already but owners are still getting healthy rent increases. Year over year, rental growth was still 4.6% in the GTA in the first quarter but that was down from 6% between 2012 and 2011, said Mr. Carras.

Jim Murphy, chief executive of the Canadian Associated of Accredited Mortgage Professionals, said what happens next will depend on investors.

“Is the investor a speculator who will panic in a glut and drive prices down? Or are they someone who will take their investment and just be happy to collect rent?” said Mr. Murphy.