The city is fuming after a developer cut down 30 trees, many of which were over 100 years old, including a 150-year-old linden tree, on both sides of Bayview Ridge at Bayview Avenue … Click here to see details of the approved proposal. 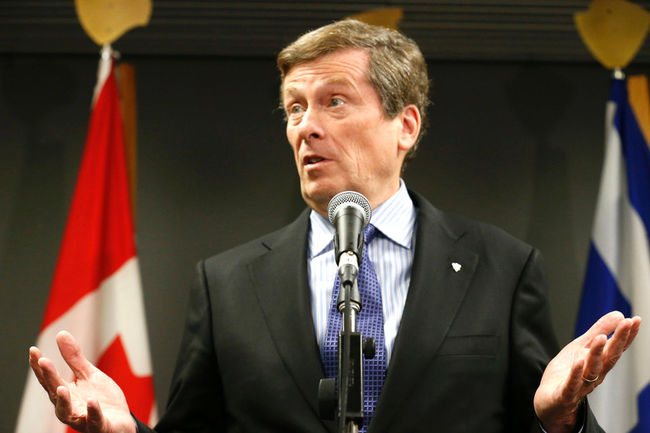 Mayor John Tory, who says he hopes any resulting prosecution results in fines of at least a million dollars to send a message to Toronto developers.The mayor hopes to see developers who cut down 30 mature trees in North York prosecuted with lawyers for the city pushing for fines of up to the maximum allowable amount: $100,000 per tree.

The bylaw states anyone removing any tree with a trunk larger than 30 cm, about the size of a telephone pole, requires city approval. The bylaw has a maximum fine of $100,000 per tree and allows for a separate extra $100,000 penalty which has not been levied.

The largest ever penalty the city has seen was $35,000 for seven trees cleared.

The company said it had to clear the land and maintains it acquired the necessary permits. But the city says no permit was ever issued.

The city has yet to determine how many of the trees cut would have required a permit. Some of the smaller ones on private property may be exempt, Tory said. 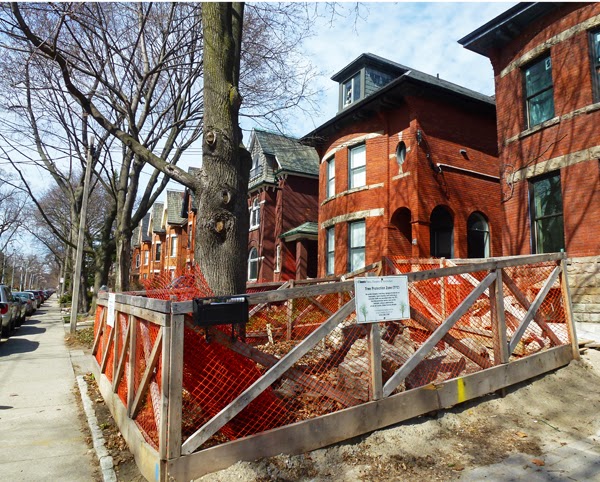 The City Bylaw administrated by Urban Forestry mandates all trees with diameter larger than 30cm must be protected with hoardings, marks off as a Tree Protection Zone (TPZ) during construction or renovation of a home.

For your information, it costs about $20,000 to destroy a Maple tree in Toronto these days, less for other “less desirable” species such as spruce. And for the 150 years old Linden, rest assured it’s a Monet, if not Picasso.

That said, assuming 20 out of the 30 trees destroyed are matured trees (with diameter above 30cm), it would have cost the developer close to $ 1/2 half a million bucks to chop them down.

Therefore, it’s not hard to understand why the developer  chose to take the risks to clear the “forest” without a permit.

For this reason,, the fine amount proposed by the Mayor is really not far fetched.

Why urban trees are important

Studies show there are numerous benefits to urban forests. In addition to reducing stress and beautifying communities, trees improve air quality by generating oxygen and removing carbon dioxide. According to the City of Kelowna’s website, the average urban tree in Canada removes about 200 kg of carbon over an 80 year period.

According to the USDA Forestry Service, trees strategically placed around buildings can reduce air conditioning needs by 30 per cent and can save as much as 50 per cent of the energy required for heating.

Trees can prevent erosion and storm runoff while reducing the risk of flooding.

Trees serve as a habitat and food resource for urban wildlife.
Statistics show well-landscaped homes in areas with mature trees can see property values increase by as much as 20 per cent.

« Home prices may drop as much as 50%
The Real Estate Dilemma: Foreign Speculations, Backlash, and Alternatives »