Interest rate never go up, but banks want to charge more and more … while facing no risk whatsoever ?

For the record, mortgage risk is underwritten by CMHC  ie. your money … and it’s approaching $Trillion now.

So, what’s the rationale here ? 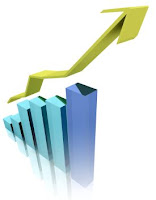 Canadian mortgage rates on the rise

A number of Canada’s largest banks are moving to increase some of their mortgage rates.

Scotiabank and the Royal Bank of Canada on Thursday became the latest to announce a round of increases covering various terms of what they call special discounted rates.

Those increases came a day after TD Canada Trust, the retail arm of TD Bank , boosted its “special” five-year closed rate a tenth of a percentage point to 3.39 per cent. The rate is a discount off the posted rate.

Scotiabank said its special discounted rates on two-year, four-year, seven-year and 10-year fixed-term residential mortgages were all going up a tenth of a percentage point effective June 22.

Its special four-year, fixed-term special rate, for example, rose to 3.09 per cent.

Royal Bank said is special discounted four-, five- and seven-year rates were going up June 24 by two-tenths of a percentage point to 3.29, 3.39 and 3.79 per cent respectively.

Royal also said its posted three-year closed rate would go up a tenth of a percentage point to 3.75 per cent.

Are Canada’s mortgage wars over?

Fixed mortgage rates are heading higher. Royal Bank of Canada, the country’s largest mortgage lender, was the first to hike its rates, lifting the popular five-year fixed mortgage rate by 20 basis points to 3.29 per cent on Monday. In recent days, TD Canada Trust and Laurentian Bank followed. Who will be next to hike rates is anyone’s guess.

While the higher mortgage rate environment can be a scary prospect for consumers, there is a plus: it can force people to save longer before they buy a house and ensure sky-high debt levels are kept in check in order to avert the broader ill effects on the economy that many policymakers have been hand-wringing about for months. Record-low fixed mortgage rates couldn’t stick around forever.

“For the consumer, while it’s going to make it more difficult for them to afford a mortgage, it’s always a good idea to go back to the savings drawing board to secure a higher down payment,” said Penelope Graham, a spokeswoman for Ratesupermarket.ca.

“Higher mortgage rates could dissuade Canadians en masse from taking on more debt than they can handle. That can absolutely be seen as a positive.”

Why are rates rising?

Fixed mortgage rate levels are closely tied to investor appetite for government bonds, which have been on the rise. There are a number of reasons for that, chief of which is the fact that the market generally believes the U.S. Federal Reserve is in the process of winding down its so-called quantitative easing measures, or effectively the buying of bonds to grease the economy.

That means bond prices are not going to get the support they’ve had in the past. “Lower prices means higher yields and that’s what we’re seeing,” said Benjamin Reitzes, a senior economist at BMO Capital Markets. “Our markets largely trade together.”

When bond yields are low it’s a sign that investor appetite is strong and suggests Canada’s economy is a less-risky investment. This gives Canadian banks stability and liquid funds at a lower cost, meaning the savings are passed down to borrowers in the form of lower rates.

On the flip side, low investor interest causes credit among banks to seize up, and rates are hiked to cover the increased cost of borrowing. Canada’s Finance Minister Jim Flaherty has been using his very-public profile to hammer the point for months, with mortgage rates coming under the spotlight earlier this year when some lenders reduced theirs below 3 per cent. That prompted fear about a race to the bottom and a publicized scolding from the finance minister.

Yet even as rates go up, the mortgage lending environment remains highly competitive. RBC’s trend-setting hike to 3.29 per cent on the five-year represents a 55-point spread between the current very lowest five-year fixed rate offered on the market of 2.74 per cent, according to Ratesupermarket.

“Rates are increasing, but they’re due to regular economic factors. It’s still a really good time to walk into a fixed mortgage rate,” said Graham. Translation: lock in now.

As for variable rates, it appears economic conditions have not recovered sufficiently to alter the current cost of borrowing and markets generally do not anticipate the Bank of Canada to change the overnight lending rate until late in 2014. The central bank’s new governor, Stephen Poloz, could give some further hints on guidance when he delivers his first public speech next week.

Who will be next to hike fixed mortgage rates is anyone’s guess, but market watchers say the trend upward is inevitable so get that clear in your head and start to budget accordingly.