The Quebec election has real-estate agents on both sides of the Quebec-Ontario border agreeing on one thing: the market is on hold as homebuyers await the outcome.

Realtors say a Parti Quebecois majority on April 7 likely wouldn’t result in the kind of mass exodus that followed the party’s first election victory in 1976.
Thousands of Quebecers, mainly anglophones, fled the province after the Rene-Levesque-led PQ stunned the rest of Canada by surging to a majority win. 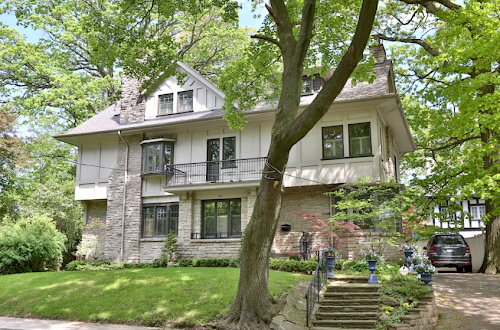 It’s a good house with what looks like a fairly recent renovation.  But the location isn’t the best.  It is on a busy stretch of road and there are 2 bus stops out front.

So….it was over priced.

Then, a little over a week ago, I noticed that there were 2 listings for this house….

Now, I am even more confused.

« Average-income families can no longer afford a detached house
Where can you get detached home for less than $1M in Toronto ? »