Mortgage fraud in Canada has increased by a staggering 50% in recent years, according to Equifax.

While accounting for only 13% of attempted frauds in 2011, mortgage fraud was responsible for two-thirds, or $400 million, of the estimated dollar amount of financial fraud in Canada. According to John Russo, Vice President of Equifax, that number jumped to $600 million in 2012.

First party mortgage fraud – whereby an applicant misrepresents their financial circumstances by getting creative with a pay stub, job letter or notice of assessment – is surprisingly common these days. In 2012 it made up the majority of the $1.6 million-a-day in attempted mortgage fraud. And the Internet is an enabler. Questionable websites do everything from creating paystubs to ‘reworking’ T4s and notices of assessment.

Last month I overheard a conversation where somebody openly admitted to forging his employment documents. He then arranged for a friend to act as his employer when the lender called to verify employment details.

A few weeks later, I came across another person who casually admitted to telling her mortgage provider that she was purchasing a home as an owner-occupied property when it was really a rental. That happens far more than lenders would like to admit.

Indeed, mortgage fraud is furthered by the fact that neither lenders, regulators nor the police currently consider fraudulent information on a mortgage application a serious crime.  It is this view of ‘soft fraud’ that may be reconsidered if a housing meltdown eventually occurs.

Ironically, some analysts within the Canadian mortgage industry feel that soft fraud will increase thanks to tougher mortgage regulations. New regs make it harder for applicants to qualify for mortgages and encourage less ethical borrowers to take “shortcuts.”

Not long ago, a colleague of mine had an interesting conversation with a lender. That lender found that in late 2012, the number of applications with a gross debt service (GDS) ratio just below 39% had skyrocketed. This anomaly was discovered in the months following the June/July 2012 implementation of guideline B-20 and the insured mortgage rules.

Clearly it wasn’t a coincidence that a larger-than-normal percentage of applications was being submitted with a GDS of 38.6% or 38.7%. Prior to this June/July 2012, the GDS on those same types of applications went up to 44%.

One can only guess at the attempted fraud numbers in 2013, as we bear the brunt of new Finance Department, OSFI and CMHC policies. As incidents of mortgage fraud continue to rise, we have to ask what lenders, brokers and agents can do to fight back. No one wants to doubt the honesty of their clients, but fraud detection can’t continue to be placed on the back burner.

The first step is likely to increase awareness about our obligations for due diligence. Mortgage originators must be better trained on how to spot fraud.

A study done in the UK a few years ago by the Financial Services Authority found that “Most small mortgage brokers were aware of factors that could indicate potential application fraud.” Yet, “only 41% verified applicants’ income and only 11% obtained evidence of the source of applicants’ wealth.”

A lack of objective due diligence and a tendency to just accept information as provided are a big part of the problem. Most mortgage applications reach lenders with all the boxes checked, mandatory fields completed, and required documents provided. But as an underwriter I regularly receive applications where it’s clear that nothing more than a cursory review of client information has been done.

How, for example, does it make sense that a 22 year old with 6 months on the job is earning $120,000 per year? Why is the client buying a 700-square-foot condo as owner-occupied only a year after purchasing a 2,000-square-foot detached home as a primary residence?

There is a long way to go in order to turn around the uptrend in mortgage fraud. As a start, detection must be prioritized on the front lines of the mortgage business. An objective client review process with repercussions for non-compliance may be required for this to happen.

If something doesn’t make sense on an application, it must be questioned. If documents don’t appear legitimate, supporting information must be requested. Mortgage agents and lending officers must be provided with more training and tools to vet applications and documents. And they must use them, despite the potential lost commissions of cancelled deals.

Karen Beattie is Business Development Manager at NEXSYS Financial Inc. Karen has been involved in the Canadian Mortgage Industry for 20 years, starting at the lender level and then working as a mortgage agent. She now specializes in underwriting and document validation. 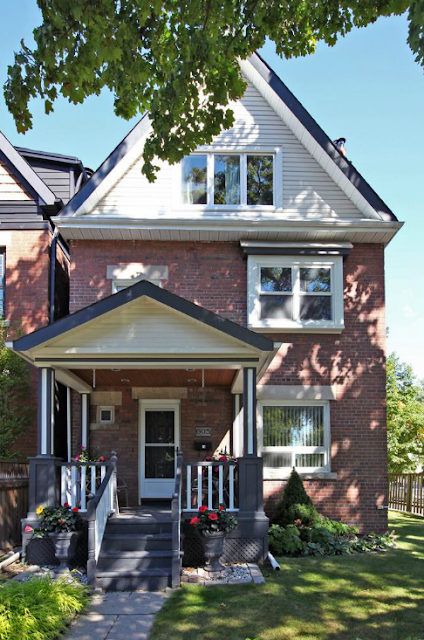 It is basically across the street from the similarily sized house at 17 Wroxeter Avenue that sold for $941,000.