Canada Mortgage and Housing Corp. is raising the rates it charges to insure mortgage loans by an average of 15 per cent.

The federal agency said Friday that the new premiums will go into effect May 1 and apply to new mortgages, not those already insured.

RBC senior economist Robert Hogue said the increase will add to the debt of homebuyers because the insurance premiums are typically rolled into their mortgage.

“The poor first-time buyer gets to be the target once again of the various tweaks in mortgage rules,” Hogue said.

He estimated that for a first-time buyer, puchasing a $240,000 condo and putting five per cent down, will have to take on around $900 more in debt under the new rates.

However, Hogue noted that spread over the 25-year life of a mortgage, the increase in monthly payments will be small.

How much the rates will increase depends on how much a prospective homebuyer is putting down on a purchase.

Financial institutions generally require mortgage loan insurance for buyers making a down payment of less than 20 per cent. The insurance protects the lenders from defaults, but the costs usually are paid by the borrowers.

The increases could add thousands to the overall cost of buying a home for those borrowing large amounts and putting little down, but CMHC estimated the increase will add about $5 per month to an average mortgage payments.

The government-owned agency said the new rates are in response to its move to increase capital ratios, a measure of financial security.

“The international and Canadian regulatory guidelines over the past years have trended to higher capital holding levels for mortgage insurers and, obviously, we are no exception to that,” said CMHC chief financial officer Brian Naish.

CMHC, which reviews its premiums on an annual basis, said it will start announcing the results of the review every year.

The federal agency is the country’s largest insurer of home mortgages. 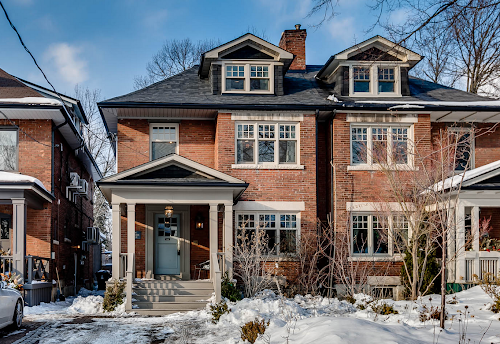 The Cornish Flippers (apparently) have sold their house!
On Monday, I posted this 4+1 bedroom, 5 bathroom semi on a 26.17 x 144 foot lot at 98 Moore Avenue in Moore Park.

It’s a good house, in a good family neighbourhood and it is move right in.

Only thing is that unlike the actual flips done by the Cornish Flippers, this one wasn’t completely done.  The first floor is like their other flips.  Basically the same floors, the open-ish layout, the kithen…

Except the upstairs isn’t fully done.  The floors don’t match, the doors are all different, and the bathroom doesn’t look new.

But this is still a good family house.