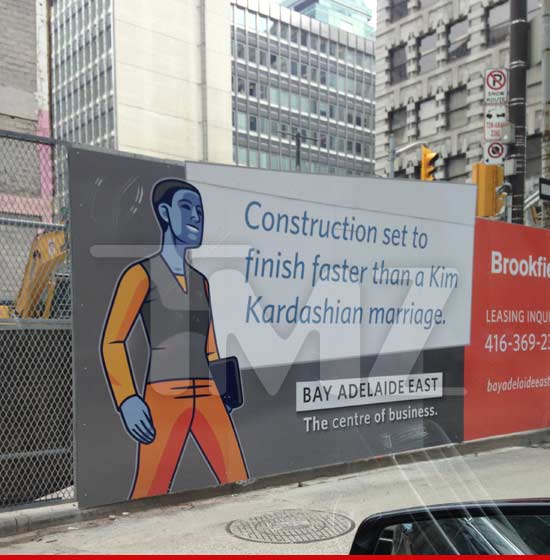 Image Source
One erects buildings, the other erects … well, you know … but it seems a construction company in Canada is taking a shot at Kim Kardashian with a hilarious street sign, and TMZ has the pic.
The Bay Adelaide Centre in Toronto, Ontario is currently under construction — but in an effort to alleviate public concern, building honchos posted a sign telling the locals, “Construction set to finish faster than a Kim Kardashian marriage.” 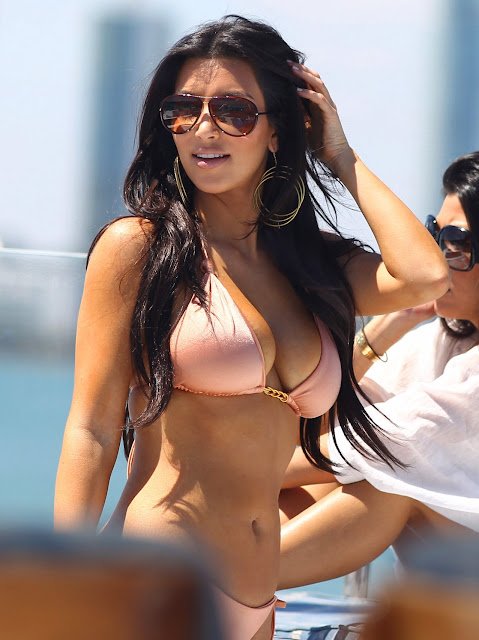 Kim Kardashian – Image Source
Ha.
We’re told the sign was created by legendary comedy group Second City … and is part of an ongoing series of jokey boards that will be used until the project is complete.
For the record, the construction WON’T be completed fasted than a Kim K marriage — ’cause her union with Kris Humphries was over in 72 days … and the project won’t end until 2015.Bummer, eh.