Yes, pity the Canadians, because even a house is boarded up and its backyard is being used for wildcat dumping like the one depicted here can still fetch over one $ million bucks (at least in Vancouver and Toronto”. 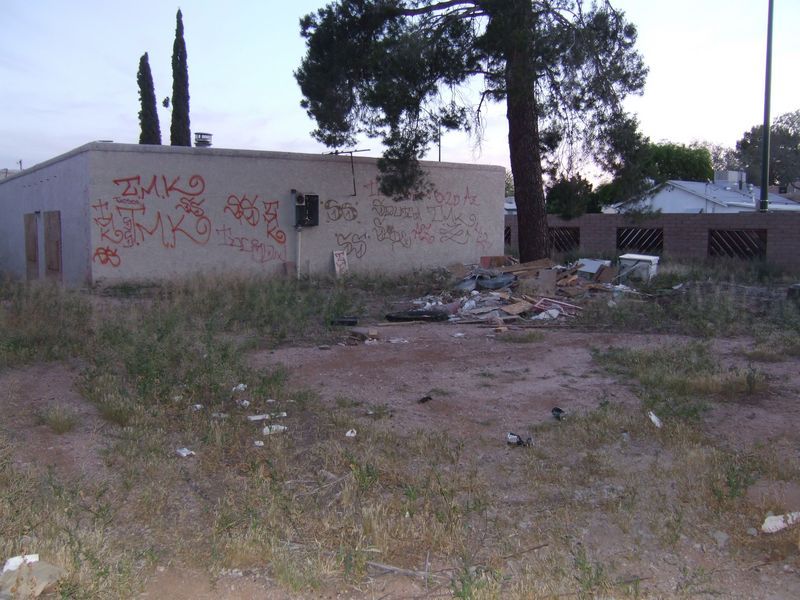 What about UK housing market?

UK house prices may be rising again, but they are still too expensive. Or so is the inference from data published by the OECD this week.

In fact, suggests the OECD, UK house prices to rent are 31 per cent higher than the historical average since 1980, and to income they are 22 per cent above average. That may seem a tad worrying.

But then again in Canada, average prices to rent are 64 per cent over the Canadian long-term average, and price to income is 30 per cent over average. In Australia the extent of apparent over valuation is 37 and 21 per cent respectively.

The OECD data suggests that house prices are also more over-priced in Belgium, Norway, and Sweden than they are in the UK.

In France and Sweden, the ratio of price to rent and income, is at a similar level to the UK.

They are much cheaper in the US, Germany, Japan, and Ireland.
Okay, as long as interest rates are so low, maybe house prices could be affordable in the countries where they are apparently overvalued.
But what will happen if interest rates rise?

If interest rates go up because the economy is doing well, then that may be fine.

But supposing they rise because of external factors, for example because of rising wage costs in China, or because there’s less money sloshing around global money markets, or rates rise because as the baby boomers retire, they draw down savings. See: the Great Reset

An entrepreneur with well-honed business acumen, Michael Baxter writes on a wide range of economic and socio-economic issues. He launched the Investment and Business News Daily Newsletter in January 2003. Since then, Michael has written over 2million words on all things economics. The newsletter is read by thousands each day.

While the effects of the economic crisis are still evident throughout much of the US, property prices in most Canadian cities are soaring.

The high costs are driven by a perfect mix of record low interest rates, lack of inventory and a stable economy.

Home prices in Toronto have increased by about 85% over the past decade. The market took a short, moderate dip in 2008, but has marched steadily northward since then.

The city is also home to more high-rise building projects than any other city in North America.

But is buying real estate in Toronto a sound investment or a bubble about to burst?

Jason Margolis of PRI’s The World talked to prospective home buyers wary of the rising prices, and economists with different views of how long the market will continue to rise.

You can also listen to Jason’s radio piece and find out more about how house prices compare in cities across North America.