Real estate isn’t forming another bubble, experts say, but it’s likely to play a hand in the next crash 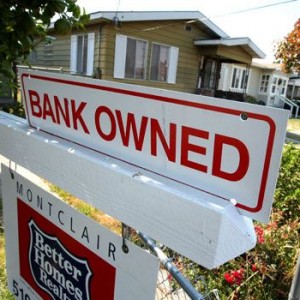 You haven’t yet recovered from the Great Recession and its devastating impact on home values, retirement funds and employment.

Brace yourself: Another meltdown will happen.

The question is when, and how bad, it will be. And whether real estate, a key player in the nation’s recent bubble and bust, will have as heavy a hand.

Accounting for roughly half of global wealth, real estate played a pivotal role in this country’s debt-fueled binge and recessionary remorse. As lenders granted mortgages to borrowers who couldn’t afford them, buyers gladly accepted other people’s money. Forgetting history, many people — homeowners and seasoned investors alike — assumed that values would keep climbing.

Then house prices plunged, sliding more than 30 percent from their 2006 peak to their 2009 valley. Commercial real estate, which lags the market, took a hard punch. Values dove nearly 40 percent in the months after Lehman Brothers Holdings Inc., one of the nation’s largest investment banks, went bankrupt.

Five years later, those assets have regained much of their lost ground. And the housing market is clawing its way back, posting small price gains in Cleveland and dramatic leaps in volatile cities like Las Vegas.

Real estate isn’t throwing up red flags yet. But experts say houses, condominiums, office buildings and shopping centers are inextricably intertwined with the coming crisis, and the one after that, whenever they happen.

“Real estate has been a component of all the major downturns, and that’s not an accident,” said Susan Wachter, a professor of real estate and finance at the Wharton School at the University of Pennsylvania. “When the market for cocoa bubbles up and down, that doesn’t affect the world economy. Copper doesn’t affect the world economy. But real estate does. And now, more than ever, you have global bubbles and bursts.”

Practitioners and academics say we shouldn’t worry yet, despite some hand-wringing about another house-price bubble and speculation about a potential wave of commercial distress as 10-year loans granted during the boom years come due.

“I think we’re too early in the cycle to be considered at risk,” said Bob Nosal, executive managing director of the Newmark Grubb Knight Frank real estate brokerage in Cleveland.

Researchers including Anurag Gupta, a finance professor at Case Western Reserve University’s Weatherhead School of Management, are more focused on other challenges, including systemic problems in the nation’s financial framework.

Gupta points to executive compensation plans that reward risk and to banks that were considered too large and too vital to the economy — “too big to fail” — in 2008. Those are banks we propped up, he notes, so they could survive and grow even larger during the last five years.

There is market exuberance. … What’s healthy, however, is that I believe that there are a lot of people now that are kind of quickly calling it out.

Real estate — a culprit for the financial collapse to some, a casualty to others — isn’t on his short list. “I don’t think there should be a huge amount of concern about the housing market anymore,” said Gupta, whose recent research focuses on the banking industry after the financial crisis.

In the Cleveland area, average house prices are close to 2002 levels, having lost any appreciation they saw in the early part of the last decade. Sales are up, but new construction is anemic. Foreclosures are dwindling, but the market remains littered with vacant homes and bank-owned houses.

“Our market is never dynamic like other east and west coast markets,” said John Lynch, an appraiser and a principal at Keller Williams Realty Greater Cleveland West in Westlake. “We’re not the same way. We’re middle of the road. Our increase has been slow, but it has been good.”

After recent jumps, nationwide house prices still are 20 percent below their 2006 heights, according to the Standard & Poor’s/Case-Shiller Home Price Indices. Recent increases in mortgage interest rates prompted some economists to predictmore moderate price growth for the rest of this year.

Commercial real estate, a popular place to park money in a low-return investment climate, has experienced a stronger rebound. Despite all the doomsday predictions, the industry never saw a typhoon of default and foreclosure.

But they’re making those deals with more scrutiny, and less debt, than they would have before 2008.

“I do see, at times, that there is market exuberance and over-enthusiasm that tends to drive pricing on certain assets to an area that reminds many of us of what was going on in 2006 and 2007 and early 2008,” said David Browning, managing director of the CBRE Group Inc. brokerage in Cleveland.

“And that’s cause for concern. What’s healthy, however, is that I believe that there are a lot of people now that are kind of quickly calling it out.”

Green Street’s price index is tied to some of the most desirable properties in major cities. The picture in Cleveland, a slow-growth market that some coastal investors view as flyover country, is more murky.

“I think our pricing is still off 20 percent, probably, from the boom years,” said Alec Pacella, managing partner of the NAI Daus brokerage in Beachwood. “And I don’t know if it will ever get back up to those levels we saw.”

The real estate industry — and all of Wall Street — is watching how and when the Federal Reserve will step back, to wean the economy off record-low interest rates. Earlier this year, a rate spike splashed cold water on some potential homebuyers and caused the cost of real estate debt to jump.

While money’s cheap, though, investors keep searching for higher returns, turning to tangible property rather than stocks or bonds.

“Markets are up and down,” Browning said. “We’re in economic cycles that have a consistency to them. I’ve been in this industry long enough that, of course, within a time frame, we’re going to see some sort of a downturn.

“The question really is ‘Can the market participants that are involved respond to the risks and make certain that (they) don’t do things to exacerbate the cycle, like what we saw in 2008.”