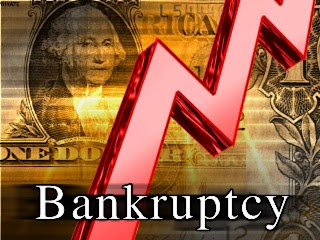 Filing for personal bankruptcy still carries a powerful stigma in this country. Mere mention of the word conjures up images of deadbeats — irresponsible consumers who couldn’t be bothered to get a job or figure out a budget.

Yes, there are deadbeats among the bankrupts. But the truth is that there are plenty of people who find themselves in desperate financial straits despite having initially had every intention of paying their creditors. A divorce, the death of a spouse, a severe illness or disability, the loss of a job can all propel even the most well-meaning consumer into debt hell.

People don’t tend to share their bankruptcy fears with friends and neighbours. That sense of shame, failure and isolation allows some persistent misunderstandings and falsehoods about the process to linger. In some cases, those mistaken impressions can prevent people from seeking the relief that a bankruptcy filing is designed to provide.

With that in mind, here are eight myths about bankruptcy … and some facts that just might open your eyes:

In the end, if you’re told that the best solution to your financial woes is a bankruptcy filing, don’t despair. Bankruptcy laws were set up to allow people in dire straits to wipe their slates clean and start fresh.

Debt management expert Gail Vaz-Oxlade acknowledges that the decision to file for bankruptcy is not an easy one. “But if that’s what it’ll take to get you out of hell, then do it,” she writes in her best-selling book, Debt-Free Forever.

“It won’t be easy to live through. And the black mark will stay with you for a long time. But there is an end and you can have a life — a good life — after bankruptcy.”

« Hottest Toronto Neighbourhoods 2013
CMHC is the mother of all Housing Bubbles ? »