Architecture Of The Day 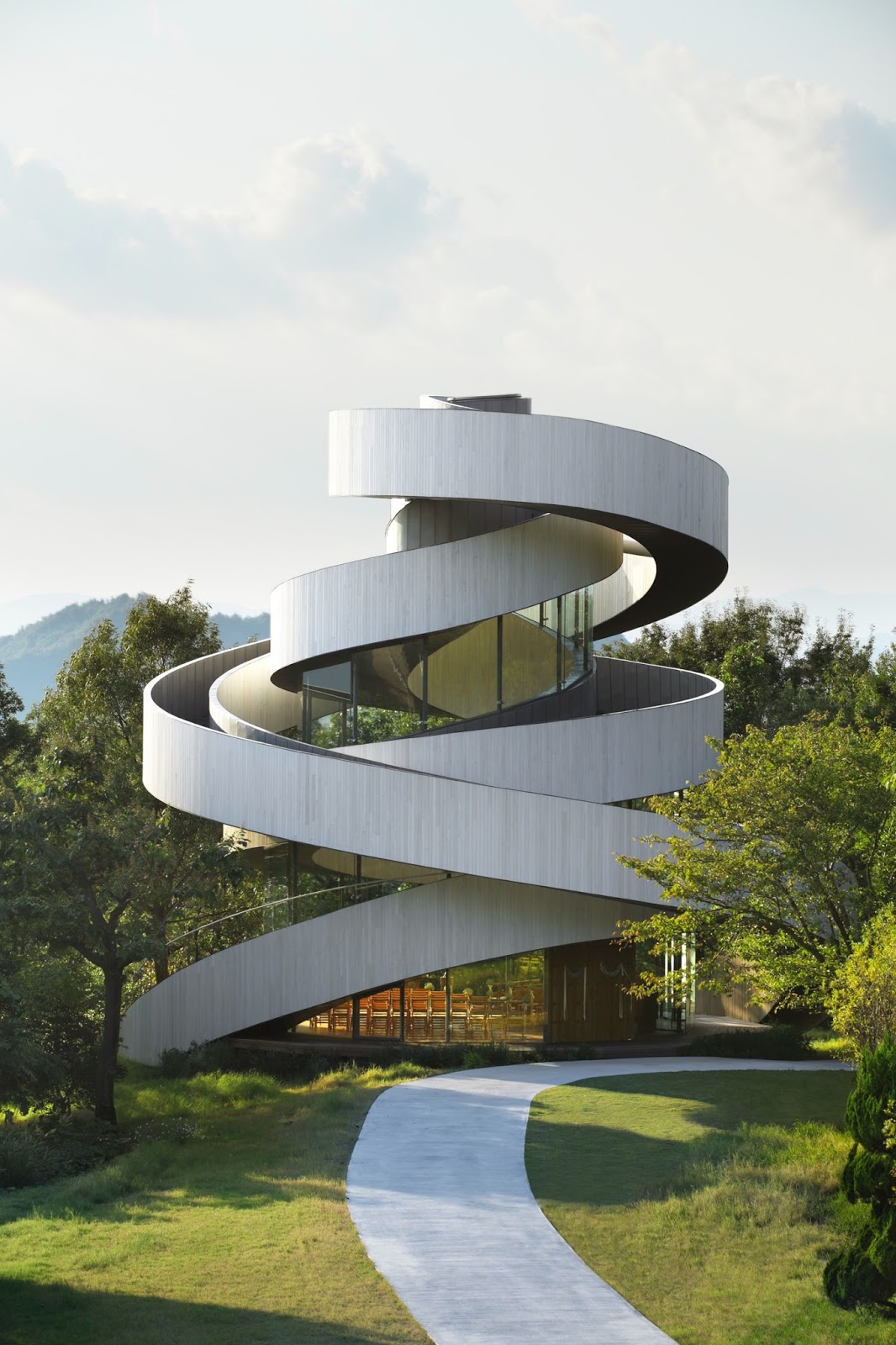 Predicting the Housing Bubble is in a way very similar to predicting how our Universe will end.

According to theoretical physicists the Universe could end between 2.8 billion and 22 billion years from now, but they can’t agree on its ultimate fate …

How will the Universe end: Big Freeze, Big Rip or Big Crunch?

The Big Rip & The Big Crunch

Both theories are inline with the conventional wisdom – “What goes up must come down” …  That the expansion caused by Dark Energy may eventually tear the Universe apart, forcing it to end in a Big Rip. Alternatively, the Universe could ‘shrink’, decrease or decay, effectively reversing the Big Bang and destroying the Universe in a Big Crunch … Back to how it all begin – “Singularity”.

The third and the latest theory postulated the Universe will just keep on expanding forever … All matters including planets/stars/galaxies will be so distant from each other so much so that there would be no more room for usable energy, or heat, to exist and the Universe would die from ‘heat death’, and becomes an endless void.

Applying End of the Universe theories to Housing Bubble

The Big Rip & The Big Crunch are what economists believe will happen in a matter time, that the housing market is a cyclical natural phenomenon ie. “What goes up must come down”.

However, our government, developers, and all those with vested interest in real estate would definately go with the Big Freeze theory, that home prices will keep going up, and the market will expand forever.

The questions we have in hand is what is Dark Matter and what is Dark Energy in housing term? For those unfamiliar with the cosmology terminology, Dark Matter is kind of glue – the matter-bonding agent (just like gravity), and the Dark Energy is the culprit that pushes matters apart … and causing the Universe to expand inderfinately as a result.

We can see Interest Rate is a form of Dark Matter, sorta. What about Dark Energy? A topic so massive even Albert Einstein was scratching his head.

According to Yahoo Finance, Fret Not.

The phrase “housing bubble” is dangerously close to platitudinal territory. Something of a slogan used to characterize the cost of buying property in metro Toronto and Vancouver — often with the contiguous phrase “red hot” — it’s neither useful nor factual. There is no economic tsunami poised to replace over-leveraged homeowner optimism with anguish and destitution. Experts say we don’t even know if this is a bubble at all.

“People are really only able to identify that it was a bubble after the fact if there’s been some sort of a strong correction,” says Canada Mortgage and Housing Corporation chief economist Bob Dugan.

Although Toronto’s average home prices in May went up 14.9 per cent over 12 months, the rise is conservative when compared with 33 per cent in March from the previous year. According to the Toronto Real Estate Board (TREB), new listings in May increased by 48.9 per cent and sales dropped 20.3 per cent. So based on a month’s data — which responsible analysts are not comfortable using as the basis for broader claims — it seems as though the market is calming gradually, not at whiplash speed.

“Data from month to month can be volatile,” Dugan says. “We’ve certainly seen a cooling in April, but when we forecasted for the Greater Toronto Area, we did expect activity to cool. In the first quarter of 2017, existing home sales hit a record level and we have been forecasting those sales to decline through the rest of the year.”

That the market is more or less behaving as the CMHC predicted hasn’t given pause to the scaremongering of columnists. In Canada’s Housing Assessment Report (HMA) for the second quarter of 2017, overvaluation in the country’s housing overall has been downgraded to moderate from a previously strong assessment.

“House price growth at the national level has weakened to around 4 per cent year-over-year, while personal disposable income has grown at a steady pace and growth in young adult population has strengthened at the end of 2016,” the HMA finds.

However, there are still significant areas of concern, according to the HMA report, and not just in megalopolises. The report determines the health of a particular market by examining four factors: (1) overheating, where demand for existing homes leaps ahead of the supply of existing homes for sale; (2) continuous price acceleration, (3) overvaluation of house prices in comparison to what the market can support, (4) overbuilding, which is when the inventory of newly built housing units rises along with the number of available rental units. Of the 15 metropolitan areas analyzed, Toronto, Vancouver, Victoria, Saskatoon and Hamilton showed strong evidence of problematic housing conditions.

“It’s not just Toronto and Vancouver, we’ve also noticed some spreading to neighbouring communities,” Dugan says. “Hamilton is showing price acceleration and overvaluation and when you look at the B.C. market around Vancouver, we’re seeing that in Victoria as well.”

But the cavalcade of alarmist columns flowed uninterrupted in Financial Post, CBCNews and Huff Post (which will soon share a parent company with Yahoo) this year, calling for a repeat of the 1989 housing market crash, using marquee phrases such as “Big banks raise alarms,” “CEOs are concerned,” and “What if Canada’s real estate bubble bursts?”

Well, a “crash” is not likely to happen because the market today is notably different from that of the late 1980s. In 1985, the posted interest rate for a five-year fixed mortgage (the most popular in Canada) was 13.25 per cent. Today, it’s between 2.2 and 2.7 per cent, and won’t flicker too far off that mark.

“I think the cost of borrowing money will remain fairly low but I do expect it to go up,” Dugan says. “Interest rates are going to rise at the end of 2017, beginning of 2018, but it’ll be a gradual rise I don’t think it’s going to happen very quickly. That’s our forecast.”

What analysts really mean when they predict a crash is that the market’s problematic conditions make Canadians more vulnerable to external economic shocks, for example a shake-up in the U.S. economy.

Household debt in Canada is fairly high when you compare debt levels to income. In isolation, this is no cause for terror, but were something unexpected to happen, the market would correct sharply.

“If the unemployment rate goes up and people start losing their jobs in Toronto and Vancouver,” Dugan explains, “the high level of debt and overvaluation could make the correction worse.”

When economists went back and tested their HMA model with historical data from the period leading up to 1989, the model did identify overheating, price acceleration and overvaluation. But in the late 1980s, inflation was much higher. As the Bank of Canada grappled with this problem, inflation grew closer to five percent during the recession of 1990. Today, it’s well below two per cent.

“If there were a recession to happen in the near future, we would be going into it with very low inflation so there’s no need for the Bank of Canada to increase interest rates as the economy slows,” Dugan says. “So the circumstances are very different now. From 1989 to 1990, we saw a significant increase of interest rates that pushed mortgage rates higher. We don’t see that today. There’s no need for monetary policy to tighten the way it did back then.”

“A lot of the extra demand gets pushed into price increases because you have the green belt around Toronto that limits the expansion of the housing stock,” he says. “Around Vancouver, they have the ocean, the mountains and some agricultural land. There aren’t a lot of places to increase the supply of housing so when you get more demand, it could quickly translate to price increases. That’s an attractive thing to speculators.”

But this isn’t 1989 — the economy is strong today. The Bank of Canada reports that the consumer price index is currently at the two-per-cent target. If you need a house, keep looking for a house. But this isn’t the time to speculate, based on market indicators. Buyers should be aware of the risks, Dugan warns, but it’s far too soon to call for a crash in prices.

“What I would tell people buying in Toronto or Vancouver is that there could be some speculative demand driving prices higher, so make sure the home you buy is in line with your needs. We like to work with models — one month’s data isn’t enough to give you robust results.”

Conclusion: The party will go on forever. All is well, and keep investing (confidently).

Anyway, what is few million dollars house compared to the cosmo numbers?

According to the M-Theory, there are infinite number of universes. And in our observable Universe alone, there are billions of Galaxies x billions of Stars x billions of Planets … To sum up, there are more stars out there than all the sand grains you could possibly find on earth. 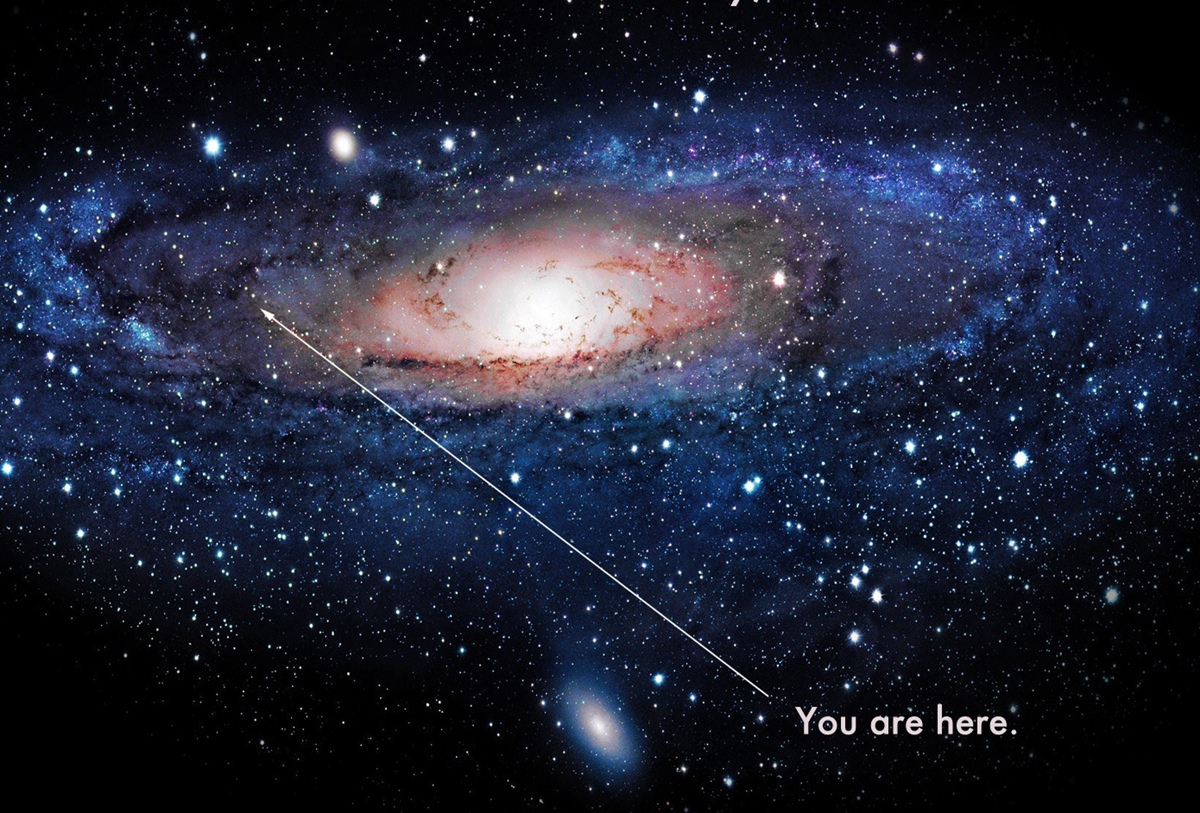 I imagine it means we should behave like Dark Energy, keep buying up real estate … Even at one billion dollars a pop, a house is still a big bargain, a Mickey Mouse costs less than loose change compared to the known astronomy numbers.

The only consideration is … Do you trust our power-that-be will be smart enough to make the Housing Dark Matter and Dark Energy work together harmoniously all the way till the end of time?

On a related note,

Why every housing bubble looks like the new normal

Maybe prices in Toronto and the surrounding suburbs really have reached a new normal, and a wide swath of people are permanently shut out of the market… Macleans.ca

Unless you disagree the Real Estate Universe will expand forever … Why not?

Why Ottawa should bail out home buyers if house prices tank

For a few weeks in May, Home Capital Group Inc. looked like it would become the first Canadian financial institution to collapse since the 1990s…Macleans.ca

Get an idea here – How City of Toronto will proceed to create a problem without having any idea how to resolve the problem (in case the problem becomes untenable): “Is replacing OMB with Local Planning Appeal Tribunal a Boon or Bane?” (More to follow soon)

Bank Of Montreal: Best Bank For The Canadian Housing ‘Bubble‘

BMO is holding its own in Canadian banking, but posted weak deposit growth in America. The bank will likely continue growing strongly in retail investing… Seeking Alpha

Emm .. Perhaps Robert Mugabe can offer us some insight in this case.