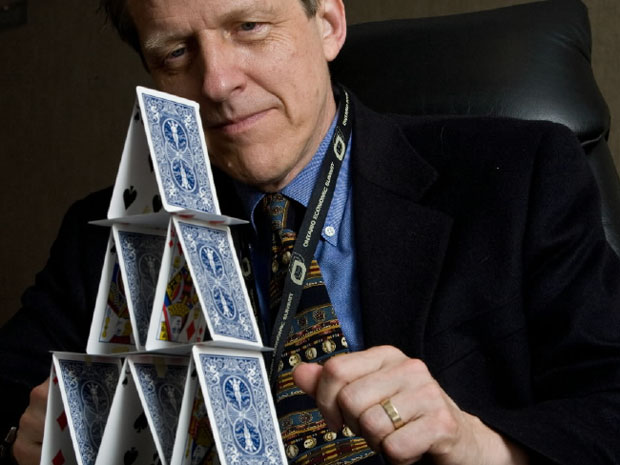 Yale economist Robert Shiller won a Nobel prize on Monday (or, rather, a third of one) for his work suggesting that financial markets might not always be quite as efficient as we think, in large part due to human miscalculation about the value of assets. He famously predicted soon-to-burst bubbles in the stock market during the tech boom, and later in the housing market (he gets particular credit for sounding these warnings in print, in a book meant for mass consumption).

The New York Times’ David Leonhardt has the most digestible summary here of Shiller’s long career:

Boiled down, Mr. Shiller’s central insight is that people make mistakes – and they tend to make the same mistakes over and over.

In the many realms where we make said mistakes, the housing market now stands out as a big one (the Nobel prize committee actually mentioned the single-family house in awarding part of the prize this year to Shiller).

Conventional wisdom says our own homes are a great place to invest money because the value of a house will inevitably appreciate. One of Shiller’s most eye-popping findings actually says quite the opposite: Historically, between 1890 and 1990, the actual rate of return on owning a home has been virtually non-existent. We think housing is a great investment. Shiller says it’s not.

Here he is predicting the fall of housing prices to Leonhardt in 2005:

This is the biggest boom we’ve ever had. So a very plausible scenario is that home-price increases continue for a couple more years, and then we might have a recession and they continue down into negative territory and languish for a decade.

Here he is discouraging people from investing in housing on CNNMoney in 2007:

Well, human thinking is built around stories, and the story that has sustained the housing boom is that homes are like stocks. Buy one anywhere and it’ll go up. It’s the easiest way to get rich… It can’t be true that homes rise 10 percent a year. If they did, in the long run no one would be able to afford a house.

Here he is talking to Bloomberg TV just this February, looking back on the idea that housing should be treated as a sure-fire investment:

So, why was it considered an investment? That was a fad. That was an idea that took hold in the early 2000’s. And I don’t expect it to come back. Not with the same force. So people might just decide, ‘Yeah, I’ll diversify my portfolio. I’ll live in a rental.’ That is a very sensible thing for many people to do.

This is not to say that no one should own a home. There are plenty of other reasons to own rather than rent (maybe you don’t want to deal with a landlord, maybe you want the freedom to remodel your bathroom). Shiller’s work, however, says that you shouldn’t buy a house simply because you’re hoping to pump money out of it in the long run.
http://www.theatlanticcities.com/